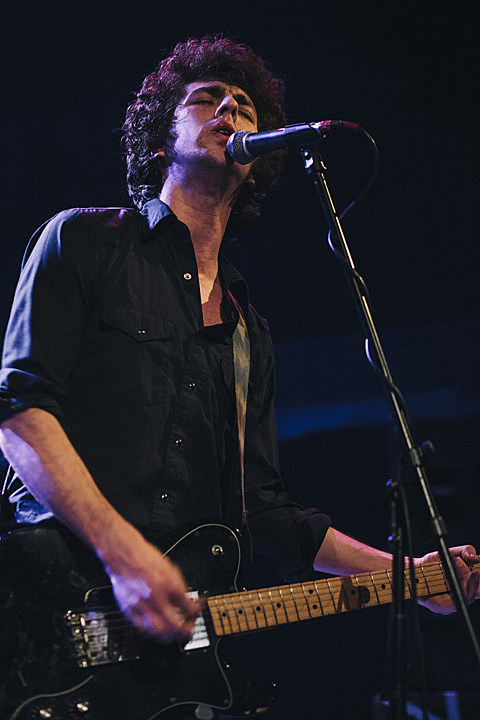 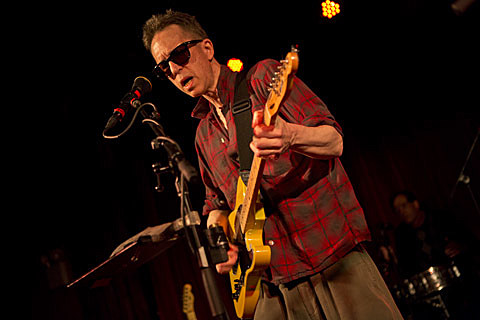 Speedy Ortiz, Roomrunner, California X, Sediment Club, NOATS @ Death By Audio
Speedy Ortiz's new album, Major Arcana (due out next week via Carpark), is one of the best debuts of the year and they'll celebrate with a release show at DbA tonight. Fellow '90s lovers Roomrunner and California X are also excellent and not to miss. And if you're into no wave, Sediment Club revive that sound pretty well.

Octo Octa, Anthony Naples, Magic Touch @ Cameo Gallery
The day before Anthony Naples plays a house-oriented Warm Up, you can catch him at tonight's likeminded Cameo show, which also includes Octo Octa, whose new album, Between Two Selves, is an excellent ambient take on the current house revival.

Bleeding Rainbow, Fat Creeps @ Mercury Lounge
Shoegazy Philadelphians will hopefully treat us to some songs from their next long-player which is due later this year. Don't miss Boston indie rockers Fat Creeps who open the show.

Nude Beach, Prince Rupert's Drops, Pop Zeus, Hector's Pets (DJ Set) @ Knitting Factory
The only thing wrong with Nude Beach's appearance at Knitting Factory is it was clearly scheduled one day too late. The Brooklyn band's tip of the hat to Tom Petty, The Replacements, Springsteen and many of the greats of yesteryear screams Americana, crafting catchy songs that get in your head and stay there.

Photo Ops, The Can't Tells, Foe Destroyer @ Cake Shop
If you're looking for a good band to catch tonight, Brooklyn's The Can't Tells are always worth showing up for, and you can see them at Cake Shop tonight on a bill that also includes Nashville's Photo Ops and Austin's Foe Destroyer.

The Rascals @ PNC Bank Arts Center
Somewhere between a rock concert and a Broadway show, "The Rascals: Once Upon a Dream" tells the story of the band through their music. The show was written, produced and directed by their #1 fan, "Little" Steven Van Zandt with visuals from acclaimed lighting designer Marshall Brickman. Tickets are still available.

10,000 Maniacs @ City Winery
These college radio vets have been without their original singer, Natalie Merchant, for years now. (And guitarist Robert Buck, so crucial to their sound, died in 2000.) But they continue to play, and if you're into their newer material/lineup, you can catch them at their first of two City Winery shows tonight (the second is tomorrow). Both shows are release parties for their new album, Music from the Motion Picture, their first in 14 years.

Timo Maas @ Cielo
German producer Timo Maas has been crafting progressive house for over a decade now, and before he plays a couple North American festivals this weekend, he'll stop off in NYC for a party at Cielo (10 PM-4AM).

Cayucas, JBM @ Mercury Lounge
Santa Monica indie pop darlings Cayucas are likely on their way to fame (thanks in part to a catchy single "East Coast Girl," which you can watch the video for below), so you might want to catch them at Mercury Lounge tonight before you can't see them at venues that small anymore. Though the show is sold out, so if you're going you probably already have your tickets. They also play for free in Montauk on Saturday.