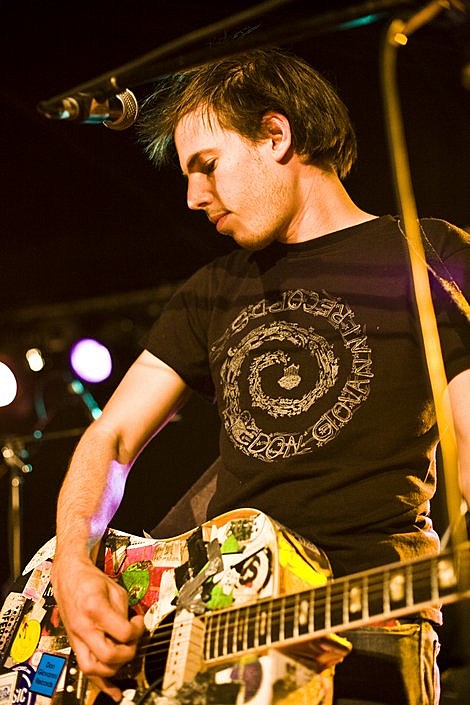 Squarepusher @ Le Poisson Rouge
Drill & bass veteran Squarepusher came to NYC last year for a big Terminal 5 show, but this week he's back for two shows at a much more intimate space, Le Poisson Rouge. Tonight he's on night 2. SFV Acid, who released his Starbucks-inspired debut album, The Dwell, back in May, opens, making for a great double bill. Just be ready for it to be really, really loud.

Can't Hardly Wait Screening ft. Jeffrey Lewis. Weed Hounds, Ganjatronics @ McCarren Park (FREE)
The L Magazine's annual free outdoor movie series kicks off tonight with 1998's better-than-most teen comedy, Can't Hardly Wait. (Whatever happened to Ethan Embry? Also, how is that movie 15 years old?) Get there early for a performance from NYC treasure Jeffrey Lewis who will hopefully perform his neighborhood classic, "Williamsburg Will Oldham Horror." Weed Hounds, who seem to be back in action after some time off, also play, and Ganjatronics open the evening. Doors are at 6 PM with bands soon after, and the movie starts around sundown. Free.

Salvia Plath, DJ Dog Dick, PC Worship, Close Encounters, The Mild High Club @ 285 Kent Avenue
Formerly known as Run DMT (not to be confused with the dubstep artist), Salvia Plath is headlining a bill at 285 Kent tonight on the heels of his very nice sounding psychedelic pop album, The Bardo Story, which was released this week. The support tonight is pretty good too, especially DJ Dog Dick.

The Polyphonic Spree, Harper Simon, AVAVA @ Bowery Ballroom
Progressive pop cult The Polyphonic Spree always put on a memorable show (they were one of the highlights of our SXSW parties this year), and tonight they're on the second night of their 2-night run in NYC.

Monkey: Journey to the West @ David H. Koch Theater
Damon Albarn, Chen Shi-Zheng, and Jamie Hewlett's musical take on one of China's most famous tales features acrobats, martial arts, and an array of contortionists. It made its NYC over the weekend and continues tonight. 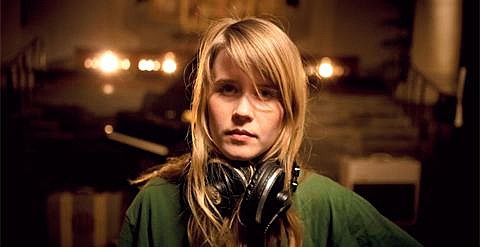 A Night of Comedy to Benefit 826NYC @ The Bell House
826NYC, a nonprofit organization fronted by writer and publisher Dave Eggers, holds several events each year to raise money for its operations, which include running a children's writing center. This fundraiser is co-hosted by Eugene Mirman and Sarah Vowell, and will feature comedians Daniel Kitson, John Oliver, Reggie Watts, and Mike Birbiglia, plus special guests. Tickets are still available.

Big Terrific @ Cameo (FREE)
Even though his Big Terrific cohorts Jenny Slate and Gabe Liedman spend most of their time on the West Coast these days, Max Silvestri holds down the fort and  continues gets great guests for this. Tonight features Myq Kaplan, Bob Powers, Sean Donnelly and Damien Lemon. 8 PM, free.

So Many Dynamos, Pretty & Nice @ The Rock Shop
If you like early-'80s new wave powerpop like The dB's, XTC and Squeeze, you'll probably dig Boston's Pretty & Nice, whose new album, Golden Rules for Golden People, stands proudly in that hooky tradition. Tonight is their second of two shows with St. Louis' So Many Dynamos.

Jana Hunter, Peals @ Playwright Celtic Pub
Before she formed Lower Dens, Jana Hunter was a solo artist and you can see her in that format here tonight. Also playing are fellow Baltimoreans Peals, which features William Cashion of Future Islands. It will also be streaming live, 10 PM.

The Fleshtones, The A-Bones @ Maxwell's
As the clock ticks down on much-loved Hoboken indie rock landmark, veteran NYC bands are stopping by for one last show at Maxwell's. Tonight it's super-rock purveyors The Fleshtones with support from The A-Bones. Tickets are still available.

Cyndi Lauper @ Beacon Theater
Cyndi Lauper has been celebrating the 30th anniversary of her debut album, She's So Unusual, on tour this year. Things got pretty crazy when the tour hit Austin, with Cyndi running into the crowd for "Girls Just Wanna Have Fun,"  so hopefully her NYC-area shows will be just as good of a time. Tonight she plays Beacon Theater.