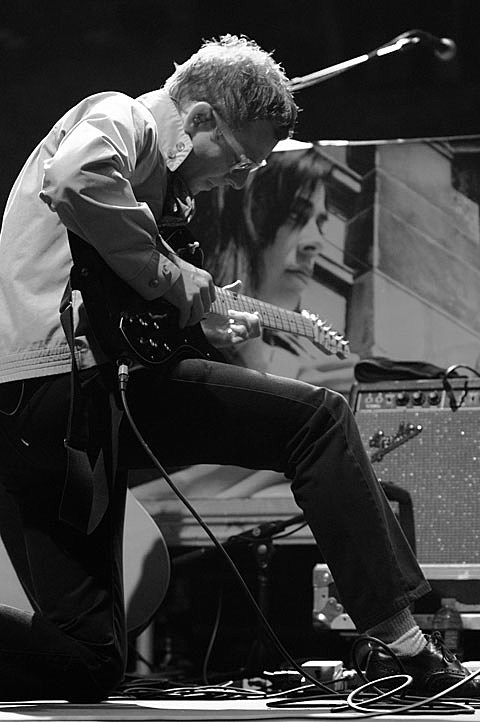 Belle & Sebastian, Yo La Tengo @ Prospect Park Bandshell
Over the last 15 years, Belle & Sebastian have transformed from a shy band to a well-honed group of entertainers (with a catalog of great songs) who really know how to work a large outtoor crowd like the one they'll be in front of tonight. With Yo La Tengo on the bill too, it's a killer night under the stars. Sold out.

Sly & Robbie @ Metrotech Commons & Irving Plaza
Arguably the most famous rhythm section in all of reggae, Sly & Robbie have provided backbone for Gregory Isaacs, Jimmy Cliff, Black Uhuru, Peter Tosh, and Serge Gainsbourg, to name just a few. They've played on more than 200,000 (!) songs since the '70s. They play a free show at noon as part of BAM's R&B Festival at MetroTech, and then headline Irving Plaza tonight (tickets).

Generationals, Sallie Ford & the Sound Outside, Waxahatchee @ Pier 84 (FREE)
The kickoff to this year's River Rocks series at Hudson River Park's Pier 84, headlined by New Orleans popsmiths Generationals. Get there early for Waxahatchee, though, too. 7 PM, free.

Camp Bisco: Day 1 @ Indian Lookout Country Club
The jam/electronic festival has been expanding into other genres, and it's got a pretty awesome, diverse lineup this year. It kicks off today with sets from Squarepusher, Com Truise, Flosstradamus, RL Grime, and more.

Reggie Watts, Shining Mirrors @ Mercury Lounge
You never really know what comedian/musician Reggie Watts has in store, so tonight's sold-out show at Mercury Lounge is sure to be an interesting one.

UCBComedy Spotify Session: Adam Newman @ UCB East
UCBComedy is now on Spotify with standup from awesome comedians. The sets are recorded at UCBeast every month and released exclusively to Spotify. This month's comedian is Adam Newman (John Oliver's New York Stand-Up Show). And it's FREE.

The Armando Diaz Experience at The Magnet Theater
Straight out of Chicago, the Armando Diaz Experience features experienced improvisers creating scenes based on a monologist's stories. The featured monologist this week is comedian, writer, and actress Ophira Eisenberg (host of NPR's "Ask Me Another). Tickets are no longer available online, but stand-by is definitely a safe bet to get into this show. 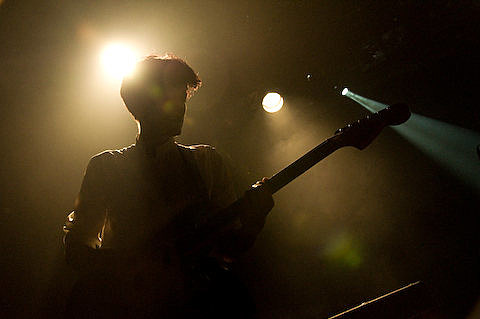 Savages, Johnny Hostile @ Webster Hall
While they aren't the kind of band likely to ever pen a summer hit, London's Savages make a perfect soundtrack to a sweltering night in the city. Sold out, but you can still get tickets to their T5 show in September.

TEEN @ MoMa
MoMa's summer early evening series continues tonight with Brooklyn's TEEN. The show happens in the Sculpture Garden, but if it's raining the music will take place in Theater 1 or Theater 2. Doors at 5:30 PM and TEEN are on at 6:30 PM. Free with museum admission.

Andrew Cedermark, Liquor Store, Little Big League @ Shea Stadium
Once a Titus Andronicus member, but at this point probably more memorable for his own material, Andrew Cedermark is back with a new album, Home Life (stream it on NPR), and tonight he'll play a Brooklyn show at Shea Stadium with solid support coming from Liquor Store and Little Big League.

Jucifer, Vaporizer, Rozamov @ The Acheron
The towering wall of white cabinets will again appear at Acheron tonight, when the mighty Jucifer lays waste to the crowds with doom riff after vibrating doom riff. It's gonna hurt, but in the best way.

The Shrine, Dirty Fences, Hessian, Toaster @ The Grand Victory
SST style punk, thrash, riff-y stoner licks. What's not to like from The Shrine? And in Grand Victory... seems like a double win.

Get Involved, The Scandals, Descender & more @ Saint Vitus
Get Involved, the new post-hardcore supergroup with members of Thursday, Glassjaw, Judge, and more, play a Brooklyn show tonight at Saint Vitus. And if you're going, definitely catch worthy newcomers The Scandals, who sound a bit like a heavier Gaslight Anthem (who they play with soon).

Monkey: Journey to the West @ David H. Koch Theater
Damon Albarn, Chen Shi-Zheng, and Jamie Hewlett's musical take on one of China's most famous tales features acrobats, martial arts, and an array of contortionists. It made its NYC over the weekend and continues tonight.