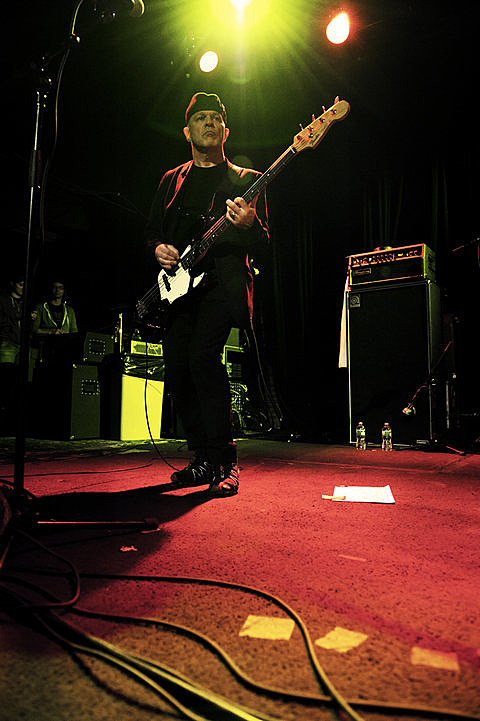 Wire, Bear In Heaven @ Bowery Ballroom
Has any band aged better than art punks, Wire? Thirty-five years into their career, they're still making great records, like this year's great Change Becomes Us. Setlists on this tour look pretty good. Bear in Heaven open. Sold out.

La Luz, The Numerators, Chalk & Numbers @ Shea Stadium
Seattle surf combo La Luz charmed the pants off the Mercury Lounge crowd on Sunday night. If you missed it, the band play again tonight. They're a lot of fun.

NRBQ @ B.B. King Blues Club
Terry Adams is the only remaining original member, but the "world's greatest bar band" still have a great catalog of underappreciated pop gems to choose from.

Olafur Arnalds, Vio/Mire @ Glasslands
The Icelandic composer bring a classical view to pop, or is it the other way around. Go see him and decide for yourself. Tickets are still available.

Mac Miller, Chance The Rapper, Vince Staples, The Internet @ Hammerstein Ballroom
We're not too interested in the headliner, but all three openers on this bill are worth catching. The Internet are an Odd Future-affiliated production duo, and both Chance and Vince are touring behind solid new mixtapes, which should make the show a pretty great time. Maybe Earl Sweatshirt will show up?

Cosmonaut, Spires, Interest Group, Turnip King @ Pianos
Spires July residency at Pianos continues tonight, with a nice group of bands rounding out the bill. Stick around after Spires set for Cosmonaut whose EP from last year is pretty damn catchy.

Titus Andronicus @ Maxwell's
NJ's Titus Andronicus (who have a new video and were just added to The Fest) have pretty much become one of their home state's success stories at this point, and in honor of the closing of legendary home state venue Maxwell's, they're doing a 3-night run at the venue this week, which wraps up tonight.

Highway Gimps, Filmstrip, Martin Bisi @ Cake Shop
Cleveland's Filmstrip make a similar kind of post-slowcore indie rock to Pedro the Lion, as you can hear in two of their recently released tracks, "Stuck On Explode" and "Up On The Promenade," which are streaming below. Their current tour brought them to Death by Audio yesterday and it hits Cake Shop tonight.