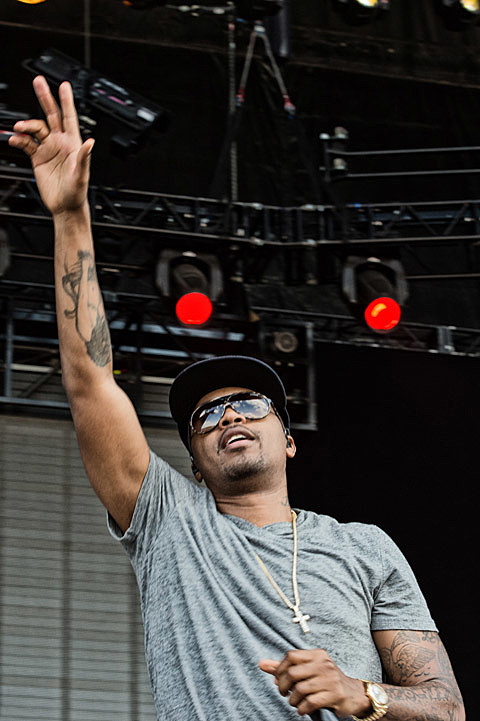 Justin Timberlake, Jay-Z @ Yankee Stadium
JT and Jay Z (not Jay-Z) both have boundary-pushing new albums under their belts, and tonight they join forces for their first of two shows at the gigantic Yankee Stadium. Setlists on this tour have been pretty fucking epic.

Nas @ Citi Field (post-Mets game show)
Meanwhile...Nasir Jones returns to his borough to bless the post-Mets crowd with songs from across his spotty catalog of super-smash hits and misses. Let's hope he sticks to the singles and Illmatic for the evening. Considering their past history, isn't it funny that Nas is at Citi Field on the same night that Jigga is at Yankee Stadium?

The Waterboys, Alasdair Roberts @ Prospect Park Bandshell (Free)
"Celtic rock" often conjures up cliched images of bagpipes, kilts or worse, but The Waterboys' This is the Sea and Fisherman's blues will forever justify the genre's legitimacy. And songs like "Whole of The Moon" were just made to be heard under an open sky. Free.

Roomrunner, Greys, Weird Womb, Heeney @ Shea Stadium
The most notable part of this all around great bill is that Toronto noise punks Greys will be returning to NYC for it, but though the other bands play around here more often, that doesn't make them less exciting. The show is being headlined by Baltimore grunge revivalists Roomrunner, and it's rounded out by two opening Brooklyn garage punk bands -- Weird Womb and Heeney (who Titus Andronicus just handpicked to open their last-ever Maxwell's show).

The Draft, Cheap Girls, Luther @ Saint Vitus
Hot Water Music have been back in action for a few years, and now their short-lived side project The Draft (which 3/4 of the members formed when Chuck Ragan went solo) are back too. Their material is pretty on par with much of the stuff Chuck Wollard sang in latter-day Hot Water Music, and tonight you can see them at small Brooklyn club Saint Vitus. Michigan's Cheap Girls, who owe a bit of their very catchy sound to Smoking Popes, are not to miss either.

Kisses, Rush Midnight @ Mercury Lounge
It's an '80s-leaning double bill here, both of whom are on the Cascine roster: Kisses lean more towards sounds pulled from John Hughes soundtracks; Rush Midnight owe more to Miami Vice. Both do it quite well.

OM @ Metropolitan Museum of Art
Trance-inducing stoner crew Om will perform "At Giza" in front of Egyptian ruins... Sounds like something out of a movie, but its true! Should be a beyond epic experience and possibly the first show by Om that isn't completely filled with surreptitious weed smoke. That's the hope anyway... this is a museum, people!

Vattnet Viskar @ Acheron
Expansive, epic New England black metal band Vattnet Viskar will make you forget about wanting to go to the beach, BBQ and wear tank tops with their icy odes to the Norwegian godfathers.

Skaters, Drowners, The Denzels @ Bowery Ballrooom
We aren't much into the headliners but, if you're going to this show, the opening acts are worth showing up early for. Drowners take their name from a Suede song, and their single "Long Hair" is catchier than some want to admit; The Denzels too, in a post-Strokes kind of way.

Pterodactyl, Dan Friel, PC Worship, Patchy Drizzle @ Death By Audio
Brooklyn noise rockers Pterodactyl played "one of their last shows" back in April, and this one is reportedly will be their last. Solid likeminded support too.

Bosnian Rainbows @ Maxwell's
With the At the Drive-In reunion having come to an end, and The Mars Volta broken up now too, guitarist Omar Rodriguez-Lopez is now fully focusing on his band, Bosnian Rainbows (whose lineup also includes Teri Gender Bender of Le Butcherettes), and they wrap up their NYC-area stay at the soon-to-close Maxwell's tonight.

Cro-Mags @ MHOW
UPDATE: This show got rescheduled for October 20. Any tickets purchased for tonight's show will be honored.

Big Dipper @ The Studio at Webster Hall
For anyone thinking this might be the '80s era college rockers, it is not. This Big Dipper is "a bear of a rapper from Chicago" who "makes everyone wanna shake their ass and bounce their dicks."

The Monkees @ NYCB Theatre At Westbury
Though minus Davy Jones (who died last year), the rest of The Monkees -- Peter Tork, Michael Nesmith and Mickey Dolenz, who all wrote and sang too, y'know -- will take a tour through their '60s career in chronological order tonight.

Lil Wayne, T.I., 2 Chainz @ Nikon at Jones Beach Theater
Lil Wayne brings his headlining tour to Jones Beach tonight, and support comes from the still-hungry T.I. (who has played his own smaller shows in NYC lately) and hook rapper 2 Chainz.

Pitchfork Festival begins in Chicago today too. Check out our Friday preview of the fest.