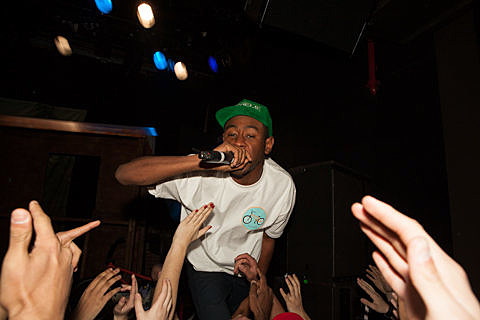 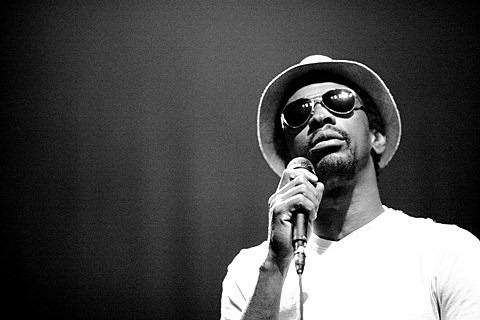 Bob Saget @ Bowery Ballroom (early) & MHOW (late)
Once known for family sitcom Full House , Bob Saget now has a rep for mining the dark side of comedy for "mature audiences." Tonight he performs an early show at Bowery Ballroom before scooting across the East River for a late set at Music Hall of Williamsburg. Bowery is sold out, but you can still get tickets for MHOW.

The So So Glos, The Moon Dudes, Las Rosas, New Cross, Greg Saunier of Deerhoof @ Rippers (FREE)
As long as it doesn't rain, what better way to spend the heatwave than out at the Rockaways with this free show featuring So So Glos, Las Rosas, and Deerhoof's Greg Saunier? 12 PM - 9 PM. FREE

Justin Timberlake, Jay-Z @ Yankee Stadium
JT and Jay Z (not Jay-Z) both have boundary-pushing new albums under their belts, and tonight they join forces for their second of two shows at the gigantic Yankee Stadium.

The Specials @ The Stone Pony
These Two Tone vets inspired so much mediocre music, it's sometimes easy to forget that The Specials' debut album is just about perfect, and still sounds great today.

The World Is..., Daylight, Dads, Pity Sex @ Death By Audio
Most of this show leans on the emo side, except openers Pity Sex, who have ditched their emo-y past for total shoegaze on their new album, Feast of Love. It's an excellent album, and if you're going to this show, Pity Sex are very worth showing up early to see.

Tim Barry, Cory Branan, Des Ark @ Knitting Factory
Avail have been quiet for the past five years or so, but their frontman, Tim Barry, still tours solo a lot, and tonight he hits Brooklyn for a headlining show at Knitting Factory. Support comes from Lucero associate Cory Branan and Des Ark.

Akitsa, Lussuria, Endless Humiliation @ Saint Vitus
Lussuria and Endless Humilation are great support bands, but the main attraction here is clearly the super rare performance by Quebecois black metal band Akitsa. Their primitive black metal is spotted with Oi, and made for a helluva performance at Chaos in Tejas earlier this year.

The Burlies, Paperhaus, Electric People @ Shea Stadium
The Dismemberment Plan are fully back in action (what do you think of their new song?), but meanwhile, frontman Travis Morrison's other band, The Burlies, are doing stuff too, and you can catch them in Brooklyn tonight headlining a much more intimate venue than D-Plan would probably headline if/when they play here.

Antibalas, The Stepkids, Prince Paul (DJ Set), Pegasus Warning @ The Bell House
The Stepkids spent the early '00s backing up big name R&B and hiphop acts like Alicia Keys, Lauryn Hill and 50 Cent. On their own, the trio take a more Steely Dan approach, and they're not afraid to show off their chops. Part of the Music Frees All Festival.

RX Bandits, Northern Faces @ Best Buy Theater
The Bandits are celebrating the tenth anniversary of their seminal album, The Resignation, this year and playing the whole thing in full on tour. Songs like "Sell You Beautiful" and "Decrescendo" still sound great today, and if you were a fan of that era of the band, there should be some pretty great nostalgia for you at Best Buy Theater tonight.

Kaiju Big Battel @ Stage 48
So you've seen Pacific Rim three times and you're jonesing for more Giant Monster Action? Head to Stage 48 for some old-school guys-in-rubber-suits spectacle which answers the questions, "What would a Wrestling Federation run by TOHO Studios be like?"

Zorn@60 @ Lincoln Center
No Wave pioneer John Zorn celebrates his 60th birthday as part of the Lincoln Center Festival. This is the first of three nights, and tonight's performance features "six powerful works for string quartet, performed together in a single evening for the very first time.