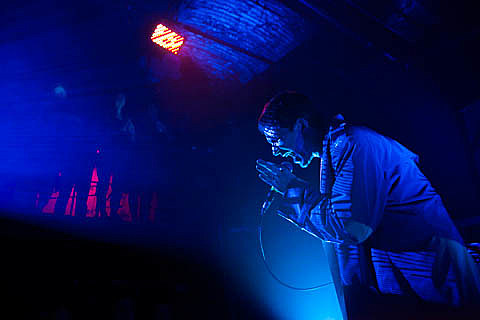 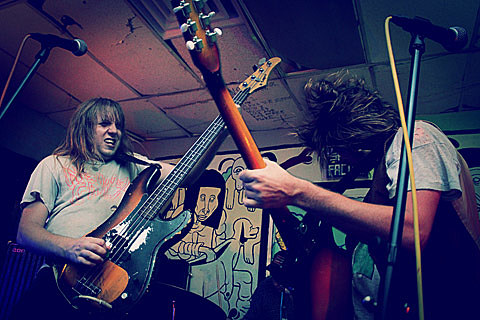 Jamie Lidell, Dan Deacon, The Stepkids @ Prospect Park Bandshell (FREE)
Jamie Lidell is on his second of three NYC-area shows tonight. This is a big free one, and is made even better by the inclusion of pop weirdo/dance party-starter Dan Deacon and soul trio The Stepkids.

Natural Child, The Moon Dudes, Pampers, Flagland @ Shea Stadium
Southern rock is alive, well and probably drinking a tallboy as we speak -- it's Nashville's Natural Child who appear to have stepped right out of 1973. They can play, too. If you're going, don't miss Pampers.

Blue Hawaii, Empress Of, Solar Year, Weeknight @ 285 Kent Avenue
Blue Hawaii's debut album is one of the lovelier electronic records to come out this year, somewhere between Cocteau Twins' otherworldliness and Aphex Twin's more accessible material. Better live than the music might lead you to think too.

Kisses, Strange Talk, Betty Who @ Brooklyn Bowl
If you like John Hughes soundtracks, Kisses new LP, Kids in LA, is an extremely hooky distillation of that style of synthpop. Also on the bill are two similarly danceable (if more commerically-minded) Australian groups: Strange Talk and Betty Who. It's a late show (doors 11:30 PM).

Tiger Dare, The Hairs, Graham Peulsky, Rad Dreams, Franny & Zoey @ Cake Shop
We haven't seen Rad Dreams live yet, but their songs on Bandcamp are very catchy, fuzzy/folky indie rock. This bill -- which includes The Hairs -- is recommended for discerning indiepop fans on a budget. Only 75 cents to get in!

Black Taxi, The Band In Heaven @ Cameo Gallery
West Palm Beach's The Band in Heaven once aimed for JAMC-style fuzz, but on their new album they're as shiny and bright as the Florida sun.

Eets Feats, The Numerators, Mannequin Pussy @ Death By Audio
Austin's garage punks Eets Feats describe their sounds as "torta vibes" and have song titles like "Beer Vibes," "Crust Factor" and "Burnt Out" so you probably get the idea... but you can also check em' out on Bandcamp.

Tijuana Panthers, Sundelles, Le Yikes Surf Club @ Knitting Factory
Southern California trio Tijuana Panthers keep things on the party side of the garage with some of it spilling into the beach.

Krill, Summer People, Outta Gas, Bethlehem Steel @ Union Pool
Boston indie rockers Krill, who kind of sound like Spencer Krug fronting Built to Spill, are back in NYC tonight to headline a bill at Brooklyn's Union Pool. If you've yet to hear their new album, Lucky Leaves, it's a pretty solid one, and you can stream it here.

Washed Out "Paracosm" ice cream @ Oddfellows
You can find out what Paracosm sounds like (as in Washed Out's new album) tastes (as in the ice cream flavor) like at this special event at Williamsburg's new, highly creative ice cream shop today. Free samples and the album playing on repeat from 4 - 8 PM.

Funk Jam session by Bernard Purdie & Friends featuring DJ Questlove tribute to James Brown @ SOBs
That listing pretty much speaks for itself on this one. Should be a good time.

Jesse Cooper Levy, Swear and Shake, Butter The Children, Cutters, O' Great North @ The Ho_se
One of the many local shows that catchy indie rockers Butter the Children are playing this summer.