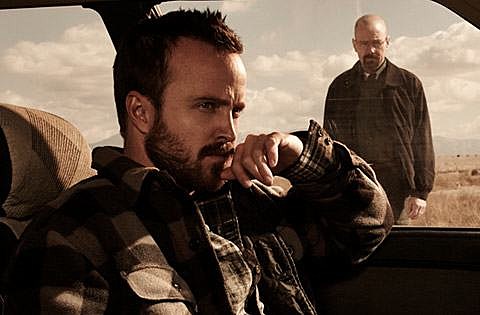 Literature @ South Street Seaport's Front/Row stage (FREE)
One of the most fun bands at the 2013 NYC Popfest, Philly (via Texas) band Literature play a manic brand of janglepop, with tons of energy live. This show is part of the Sound Bites Series that's booked by BV's Bill Pearis (he DJs before the show too). 3 PM, free.

Drivin' N' Cryin' @ Mercury Lounge
This gritty Southern rock band got its start on college radio but broke into the big(ger) time with their 1991 album, Fly Me Courageous. Though that was their pinnacle, commercially, the band have kept at it, including a series of psych-tinged EPs last year.

Hyetal, Lemonade, 2 Chenz, Van Rivers, and more (all DJ sets) @ Playland Motel
True Panther is throwing this dance party on Rockaway Beach tonight with a few of their artists, and they're promising "some very very special guests" too. Goes from 4PM to 2 AM.

Breaking Bad Final Season premiere
Of course for a lot of people, the only show they're going to is on AMC at 9 PM -- the return of Breaking Bad. Only eight episodes left and they're sure to be gut-wrenchingly tense. Have a bottle of Tums handy. If you don't have cable there are bars -- like Videology in Williamsburg -- showing it live too.

There's not too much going on tonight, but if you do feel like going out, maybe it's a good night to check out a new place like Park Slope's Barbes, which hosts Sarah King (7 PM) and Honeyfingers (9 PM) tonight, or John Zorn's East Village club The Stone, which hosts its John Zorn Improv Night tonight with Zorn, Ken Thomson, Ikue Mori, and more.