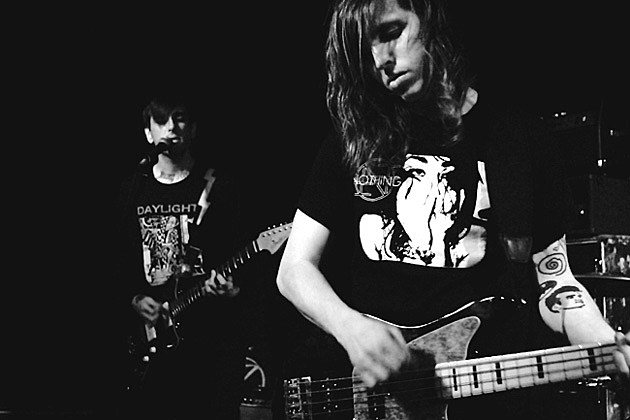 Whirr, Nothing, Dead Leaf Echo @ Saint Vitus Bar
If you prefer you shoegaze on the heavier side, get yourself to Saint Vitus for a killer line-up of bands. Bliss out or rock out...but earplugs are probably recommended.

Kevin Seconds, Kepi Ghoulie @ The Bowery Electric
Two punk frontmen whose names give away what bands they are/were in, Kevin Seconds (of 7 Seconds) and Kepi Ghoulie (Groovie Ghoulies), are on a tour together which brings them to NYC's Bowery Electric tonight. It'll be a nice contrast to the (likely) rowdier show 7 Seconds just played at This is Hardcore Festival.

Steady Sun, American Wolf, Crisis Cousins @ Cake Shop
Chicago quartet American Wolf definitely sound like they're from the Windy City -- pulling in post-rock influences like Sea & Cake, with a little late-'90s emo in there as well. Maybe a little Mew grandeur as well? You can stream this year's Myriad below.

Bear Ceuse, The Can't Tells, Raccoon Fighter, The Rochambros, Night Idea @ Pianos
It's the second week of The Can't Tells residency at Pianos and tonight's line-up includes Bear Ceuse whose new album, Don Domestique, is loaded with melodic, post-Pixies indie rock. You can stream it below.

My Teenage Stride, Hippy, Milk Dick @ Silent Barn
Veterans of the Brooklyn indie pop scene, My Teenage Stride's appearance at this year's NYC Popfest marked the return of the band who'd been on an extended sabbatical. Welcome back! Hippy (which share at least one member with MTS) are good too.

If you're staying home tonight, don't forget that you can tune into Invisible Oranges on East Village Radio every Tuesday at 10 PM Eastern to listen for the latest and greatest in the heavy underground. Tonight we will host Pitchfork editor and Show No Mercy honcho, Brandon Stosuy.