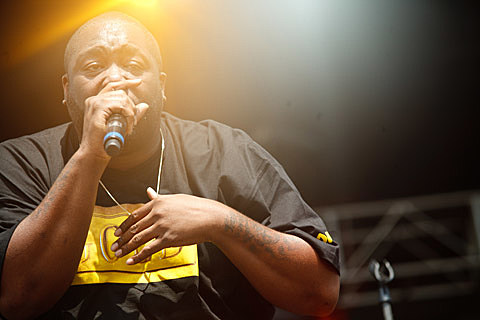 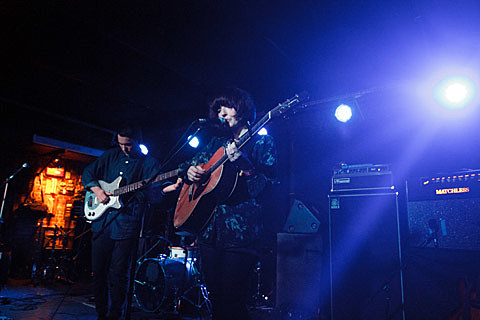 El-P, Killer Mike, Mr. Muthafuckin' eXquire, Despot, Kool AD @ Webster Hall
El-P and Killer Mike have a new album out together under the name Run the Jewels, which means tonight's co-headlining show will feature tons of collaboration between the two rappers, in addition to each one's long history of quality tracks. All three rappers lined up to support the night are excellent too, so this show should be a fun one start to finish.

Baroness, Royal Thunder @ Irving Plaza
Baroness were recently in town to play a free House of Vans show with the Melvins, where they played a great set, but being that they were opening, it was unfortunately on the short side. Things should be better tonight when they headline Irving Plaza. And if you're going, make sure to get there early for the great, sludgy Royal Thunder.

Summerscreen w/ Aa, Amen Dunes (6:30pm) @ McCarren Park (FREE)
It's the last free Summerscreen show of the season...which would be sad if tonight's film wasn't the 1984 family fantasy The NeverEnding Story. Which means the summer night will go on forever? (That may be a case for Lionel Hutz.) We can only hope either Aa or Amen Dunes will cover Limahl's cheezeball themesong before the film starts. Bands at 6 PM and the film starts at sunset. FREE.

Ceremony, Ed Schrader's Music Beat, Give, Luther @ Asbury Lanes (NJ)
Once a powerviolence band, now garage punk, Ceremony are at NJ's Asbury Lanes, which means things could be getting pretttttttty rowdy. Tourmates Ed Schrader's Music Beat open the night and their brand of stripped down post-punk rips too. The both play 285 Kent on Saturday (8/17).

Krief @ The Saint (NJ)
If you're in Asbury Park tonight but punk's not your thing, maybe hit The Saint to catch Dears guitarist Patrick Krief who makes pretty soaring guitar rock on his own.

Q-Tip (#Offline) @ Output
Q-Tip's weekly party, now at Output, aims to recreate the vibe of '90s clubs when most of us weren't staring at our phones all the time. But when you leave please be sure to include the pound sign in "#Offline" when you tweet about it.

Designer Drugs, Lacey Youngblood @ The Rock Shop
Like last year, a handful of Brooklyn bands are going to Stockholm for the Brooklyn, Sweden festival. You can wish two of them -- including EDM rave faves Designer Drugs -- bon voyage tonight. (No doubt, this is a weird show for The Rock Shop.) The ticket price includes an hour of complimentary Brooklyn Brewery beer.

Today is the 10th Anniversary of the 2003 East Coast Blackout.