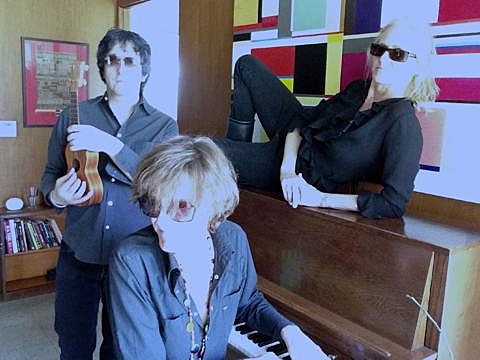 Medicine, Weekend, Leverage Models @ Music Hall of Williamsburg
One of the few legit American shoegaze bands of the '90s is back with a terrific new album and their first NYC show in eons. It's a great bill all-around, with noir postpunks Weekend and the arty pop of Leverage Models. Tickets are still available.

Porches, Sirs, My Dad, The Para-Medics, Full Blued @ Shea Stadium
Brooklyn indie rockers Porches play a ton of local shows, and tonight's Shea show (moved from Big Snow) is an especially great one that also features sets from emo-y punks Sirs, Chicago's My Dad, and others. Porches are set to release their new album, Slow Dance in the Cosmos later this month (8/27), and they put out a new song from it this week, "Skinny Trees," which you can stream below.

Eastern Hollows, Dead Stars, American Darlings @ Union Pool
Tonight's show is a memorial/tribute for the family of Dumont owner Colin Devlin who died two weeks ago. In addition to the bands, there are raffles and all proceeds go to Devlin's family.

Wheatus, Such Is Life, MC Lars, MC Frontalot @ Santos Party House
In case you were wondering, yes, the guys behind "Teenage Dirtbag" (which is currently being covered by One Direction, no lie) are still around, and their tour brings them to NYC tonight. Belt along to that chorus and have Loser flashbacks at Santos Party House (moved from Gramercy).

Harmonica Lewinskies, Sons of an Illustrious Father, The Brooklyn What, Jamboree Sunday @ SPiN
If you love ping pong AND indie rock, head to the midtown branch of this table tennis club, headlined by blues and funk group The Harmonica Lewinskis. 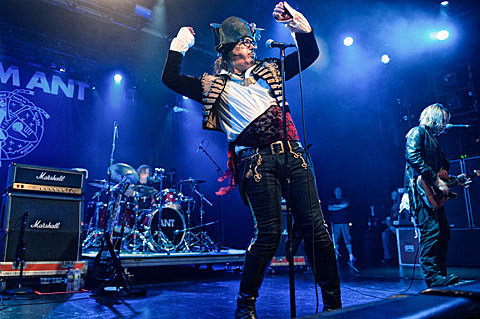 Adam Ant @ Irving Plaza
The new wave star is still rocking the pirate gear and -- given the word on his last time throught -- still puts on a great show, complete with two drummers.

Laura Jane Grace (of Against Me!), Mina Caputo @ Bowery Ballroom
We're still waiting on that new Against Me! album, but meanwhile singer Laura Jane Grace will be doing some celebrating on the road ahead of time playing its material acoustically. The night's especially interesting because another punk singer who famously came out as transgender, Mina Caputo (formerly Keith Caputo of Life of Agony), will be opening the show. It's their second of two NYC shows this week, having played Knitting Factory last night.

Krief of The Dears, The Grownup Noise, The Letter Yellow @ Union Hall
When not playing in Montreal's anthemic Dears guitarist Patrick Krief who makes pretty soaring guitar rock on his own.

Big Country @ The Wonder Bar (NJ)
While it's The Alarm's Mike Peters filling in for the late Stuart Adamson, the mountainous drums of Mark Brzezicki and the signature bagpipe guitars remain intact.