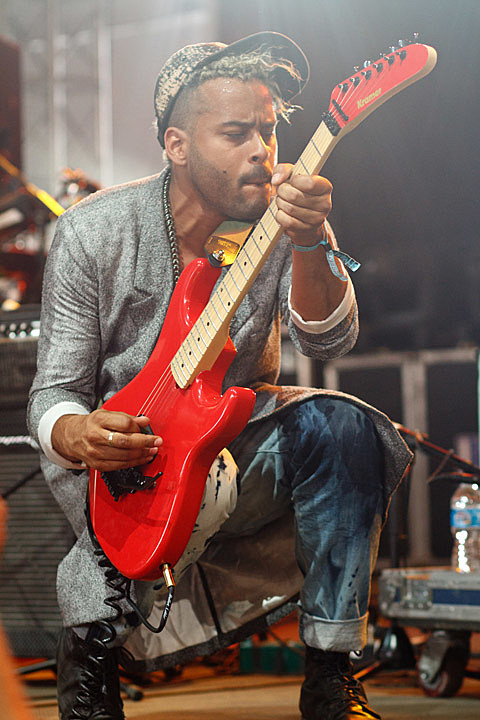 Twin Shadow (DJ set), Lloydski, Beto Cravioto @ Output Panther Room
If Summerstage is not enough Twin Shadow for you, head to Output for the official afterparty in the venue's Panther Room.

The Impalers, Vaaska, Back to Back, Missionary @ Acheron
It's a night of ripping hardcore/punk with tourmates The Impalers and Vaaska leading the charge.

Daughn Gibson, His Golden Messenger, The Heaven's Jail Band @ Glasslands
Posessed with spine-tingling bariton, Daughn Gibson's music is a curious mix of country, postpunk and R&B. Even when the songs on his new album, Me Moan, don't quite work, there's still...that voice. Even more powerful live.

Out in the Streets Fest at Vander-Ende Onderdonk House
This two-day Ridgewood, Queens festival begins today with sets from party-starter Pictureplane, former Twin Shadow member Russ Manning's Rush Midnight, former Beach Fossils member John Pena's Heavenly Beat, and some great local indie rock bands like Heliotropes, Grand Resort, and Turnip King. And it all takes place at one of most unique spaces in the city. Full lineup and more info at the Facebook event.

Caged Animals, Crushed Out, Kissing Is A Crime, Rosy Street @ Shea Stadium
With a new album due any minute, we should get a lot of new songs from Caged Animals tonight. 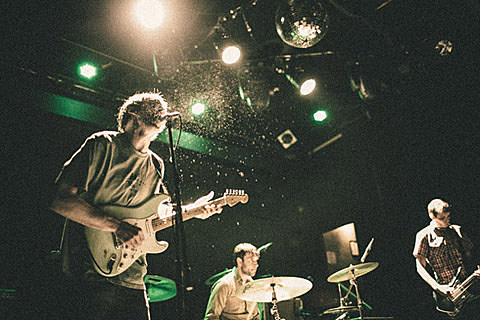 Sleepies, EULA, Big Ups, Shark?, Low Fat Getting High @ Rippers
This one's gonna be a real ripper. (Get it?) Sleepies and Low Fat Getting High are two of Brooklyn's best DIY punk bands at the moment, EULA bring '80s-style noise rock, Big Ups bring '90s-style post-hardcore, and Shark? will provide all your traditionalist indie rock needs. These local bands play their hometown a lot, but it's hard to say no to seeing them all on one bill. The show, which happens on Rockaway Beach, is a benefit for Restore Rockaway.

Escort, Midnight Magic @ Bowery Ballroom
Do you like your disco in pure, unadulterated '70s form? Bowery Ballroom should be your destination tonight.

Rooftop films w/ A K U A @ Old American Can Factory
It's the final event of rooftop films, with a series of shorts and live music from Montreal's A K U A.

Adam Ant @ Irving Plaza
The new wave star is still rocking the pirate gear and -- given the word on his last time throught -- still puts on a great show, complete with two drummers. His second of two nights in NYC.

The Octopus Project, Snuffaluffagus @ The Mercury Lounge
Austin electro group The Octupus Project are touring in support of their fifth album, Fever Forms.

Flight of the Conchords @ McKittrick Hotel
New Zealand's 4th most popular guitar-based digi-bongo acapella-rap-funk-comedy folk duo got back together after nearly four years apart. Their tour brings Brett & Jemaine to the impossibly small McKittrick Hotel for a few shows. Of course it's sold out. On the plus side: there's talk of a movie.

Human Eye, Medication, Shocked Minds, The Soupcans @ Death By Audio
Detroit's wierdo garage punks are rolling through town in support of their new album, Human Eye 4: Into Unknown, which is on Goner. Toronto's Soupcans (who play Union Pool in the afternoon) are also on the bill.

Drowners, Bad Girlfriend @ Mercury Lounge
They're named after a Suede song, their singer was a male model and they've been plugging the same song ("Long Hair") for far too long, but they do have some catchy songs. Well that one song at least.