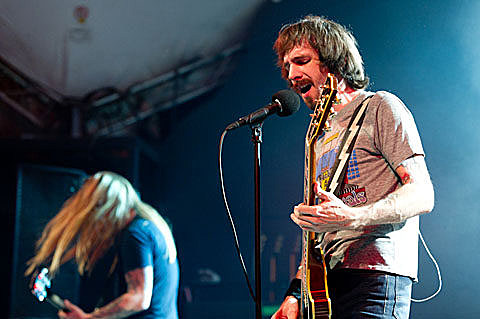 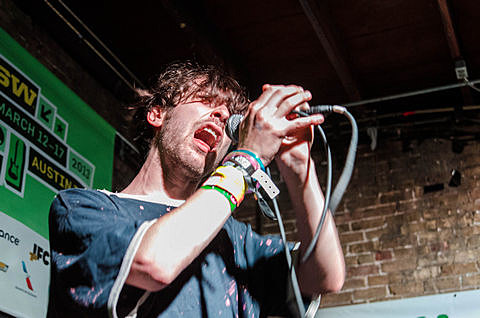 Weed Hounds, Technicolor Teeth, Failed States, Big City @ Death By Audio
Weed Hounds are back playing shows again, and tonight they're on a bill at Death by Audio that also includes the Nuclear Spring-related Failed States.

Radical Dads @ South Street Seaport's Front/Row stage (FREE)
Brooklyn trio Radical Dads recall the heyday of '90s-era indie rock while remaining very much in the now. This show is part of the Sound Bites Series which is booked by BV's Bill Pearis. He DJs at 3 PM and the band's on at 4 PM.

Alice In Chains, Jane's Addiction, Coheed & Cambria, Circa Survive, and more @ Jones Beach
Get a dose of alt-rock nostalgia with the current incarnation of Alice In Chains and Jane's Addiction on the Rockstar Energy Drink UPROAR Festival, which hits Jones Beach tonight. The rest of the lineup features Coheed & Cambria, Circa Survive, and more.

The Sword, Castle, American Sharks @ Music Hall of Williamsburg
Austin stoner rockers The Sword have been on the road a lot since the release of 2012's Apocryphon, and they return to NYC tonight for a show with Castle and American Sharks. They'll be in the NYC-area again this September on their tour with Clutch.

Out in the Streets 2013 (Day 1) @ Vander-Ende Onderdonk House
Ever want to see a bunch of indie rock bands in the backyard of a historic Dutch Colonial stone house in Ridgewood Queens? You can do just that at Day 2 of the Out in the Streets Fest, featuring Toronto's Doldrums, Ava Luna, Wild Yaks, Dan Friel and Las Rosas. Doors at 1 PM and more details at the Facebook event page.

The Act of Estimating As Worthless, Spook Houses, Crying, Frankie Cosmos @ Shea Stadium
Spook Houses' 2012 album, Trying, was one of the better overlooked lo-fi/indie rock albums of that year, and as you may know from the many local shows they play, they deliver live too. You can catch them tonight at Shea with Crying (with whom they share a member), The Act of Estimating as Worthless, and Frankie Cosmos.

Flight of the Conchords @ McKittrick Hotel
New Zealand's 4th most popular guitar-based digi-bongo acapella-rap-funk-comedy folk duo got back together after nearly four years apart. Their tour brings Brett & Jemaine to the impossibly small McKittrick Hotel for a few shows and, of course, it's sold out. On the plus side: there's talk of a movie.

Hannibal Buress has his weekly comedy show tonight in the front bar of Knitting Factory. He gets some of the biggest names in the biz. You never know who may show up. The show is free and fills up early.