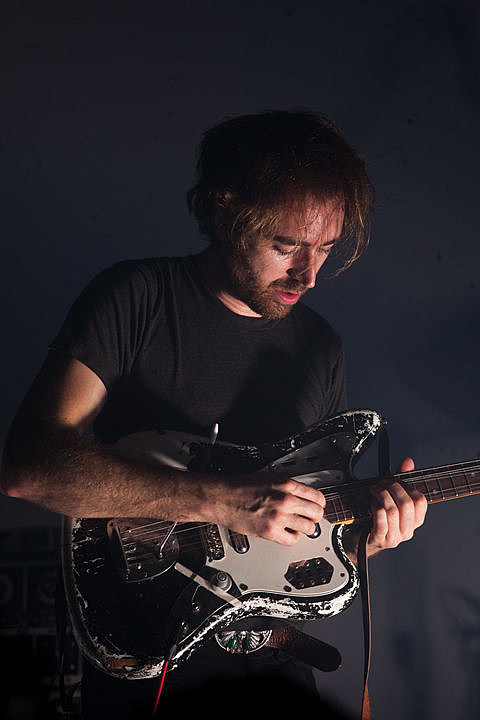 Modern English, Jangula @ Mercury Lounge
Sure, most people only know "I Melt with You" but Modern English had a string of good records in the early '80s on 4AD and are currently working on a new album with the core of the original band.

The Cult @ Roseland Ballroom
Gothy mystic rockers The Cult will bring the big riffs of their 1987 album, Electric, and playing that record in full. You'll probably get "She Sells Sanctuary" and "Fire Woman" too.

Blues Control, Mad Nanna, Free Time @ 252 Norman Rooftop (4 PM)
This is a rooftop show (there's a rain contingency too) with Drag City's Blues Control, plus two Aussie bands: Mad Nanna and Free Time. It's also got a 4 PM start, so duck out of work early.

A$AP Ferg, Mister Cee, DJ Spynfo, DJ Enuff @ Webster Hall
A$AP Ferg's Trap Lord is out this week, and while it might not be as diverse as his pal A$AP Rocky's recent album, it's at least as fun. Tonight he celebrates it at the Girls & Boys party at Webster Hall, which is doubling as a Trap Lord release show.

George Clinton & Parliament Funkadelic @ Beekman Beer Garden
The funk/soul legend comes to NYC for an outdoor show tonight, which should make for a pretty great time.

Kissing Is A Crime, Caged Animals, Shilpa Ray, Grand Resort, The Veda Rays, Vinyl Thief, The Ivorys @ Pianos
It's week two of Brooklyn-via-Dominican-Republic indiepop group Grand Resort's Pianos Residency and they've got a whole slew of other bands on the bill, giving you maximum value for your live music dollar.

Clarence, Herzog, PUP, Soda Bomb @ Shea Stadium
Toronto's PUP are just another of the excellent punk bands to come out in Canada in recent years, and you can catch them tearing things up in Brooklyn at Shea Stadium tonight.

Celestial Shore, Omhouse, Zula, Half Waif @ Silent Barn
Toronto's Omhouse are in Brooklyn tonight for this show that's rounded out by some excellent indie pop locals, Celestial Shore, Zula, and Half Waif. Stream a new Zula track, "Twin Loss," below.

Bret Michaels @ B.B. King Blues Club
You may not know this but actor, director, screenwriter, producer and reality television personality Brett Michaels used to be in a popular hard rock band in the '80s and '90s. Look him up if you don't believe us.

'Krush Groove' @ Videology (FREE)
BV's own Bill Pearis hosts this screening of 1985 hip hop musical which tells the story of Def Jam Records and Run DMC, with many of the bands playing themselves. (Russell Simmons is played by Blair Underwood, though.) Also featuring Fat Boys' "All You Can Eat"! Free.