LE1F @ the Whitney in April (more by Ryan Muir) 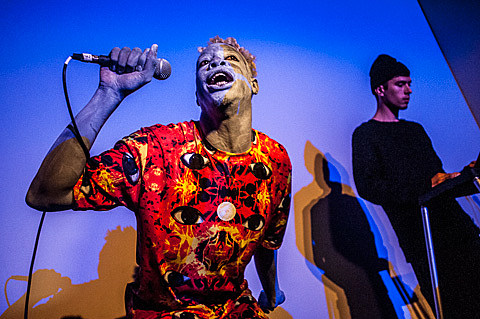 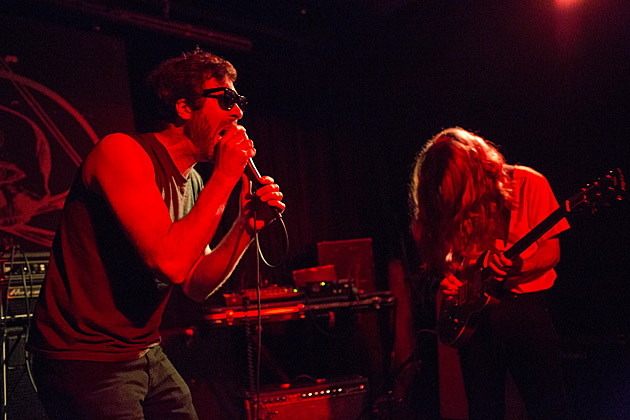 Wolf Eyes, The Men, PC Worship, TBA @ Pioneer Works
Confrontational Detroit noise crew Wolf Eyes teams with The Men for an interesting pairing at Pioneer works. Though The Men 2013 isn't quite the raging band they were in years past, that doesn't give you an excuse for not wearing earplugs when Wolf Eyes blast you out of the room. Recommended.

Black Kids, Via Audio, French Horn Rebellion (DJ Set) @ Glasslands
Victims of overhype success, lets not forget that what got these Floridians into the mess was some really catchy, likable songs. After a few years out from under the microscope, Black Kids are back and we're hoping for the best. Tickets are still available but know this is a LATE show, doors at 11:30 PM and Black Kids going on at 1 AM.

Caribou (DJ set), Museum of Love (DJ set), Stellar Om Source, Pional, Empress Of, Terreke @ MoMA PS1
Warm Up at MoMA PS1 continues today. As usual, the whole lineup is great, but especially of note is John Talabot's vocalist Pional and Brooklyn art pop musician Empress Of. It should be interesting to see what Caribou spins too.

Liquor Store, The Abandos, Hot Guts, Hollow Hills @ Shea Stadium
It's almost like two shows in one at Shea tonight: Go early for the gothier sounds of Hollow Hills and Hot Guts; stay late for the mess punk of The Bandos and Liquor Store.

Autre Ne Veut @ The Surf Lodge
We just caught Autre Ne Veut opening for Twin Shadow in Central Park, and tonight the NYC musician will be a little bit out of the area for a show at Montauk's Surf Lodge. But it's totally free so if you're around those parts, this one's not to miss. 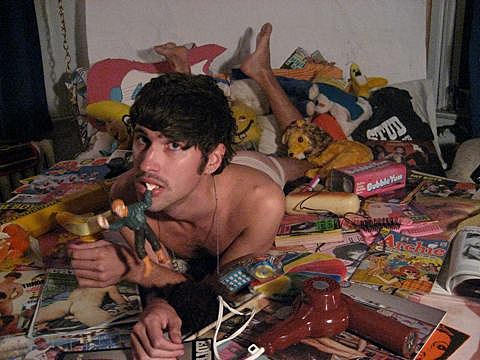 Hunx & His Punx, Hunters, Las Rosas, 2 Pretty @ Death By Audio
Hunx and Hunters on the same bill? This is bound to get a little nutty tonight.

Pity Sex, Modern Baseball, The World Is A Beautiful Place & I Am No Longer Afraid To Die @ The Wood Shop
Pity Sex have transformed from an emo band to a shoegaze band on their new album, Feast of Love, and while last night they played a Brooklyn show with an indie rock-friendly lineup, tonight they return to their roots for a Long Island show with two emo bands: Modern Baseball and The World Is...

Hellbent Hooker, Hymen Holocaust, Trashawk
Metal for scumbags, and that is a complement. The sleazy Hellbent Hooker headlines a show at Union Pool tonight adding support from the charmingly-named Hymen Holocaust and Trashawk. You'll feel dirty just being in the same room with them, awesomely filthy.

If you're looking for a movie to go see, Simon Pegg, Edgar Wright and Nick Frost wrap up their "Cornetto" trilogy with The World's End which might be the best of the bunch, owing more than a little to John Carpenter and prime-era Jackie Chan. It's also flat-out hilarious and probably the only major studio film to ever have plot points involving Primal Scream and Sisters of Mercy.

Bonnie McFarlane @ The Creek and The Cave
Stand up comic Bonnie McFarlane (Last Comic Standing, The Tonight Show with Jay Leno, Late Show with David Letterman) has been killing it at Long Island City's The Creek and The Cave, and tonight's her last performance. Come out to support McFarlane and watch her disprove the title of her newest film, Women Aren't Funny. As if all of those reasons weren't enough - it's FREE.

For more laughs, check out the NYC Comedy calendar. And for all of tonight's shows, and tomorrow's, check out our full NYC show calendar.