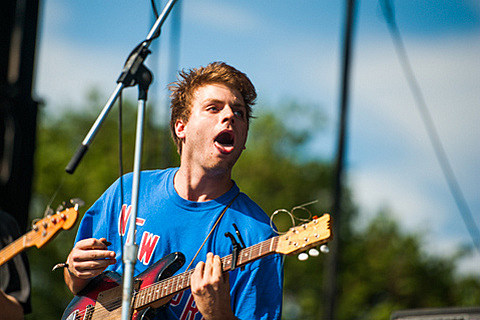 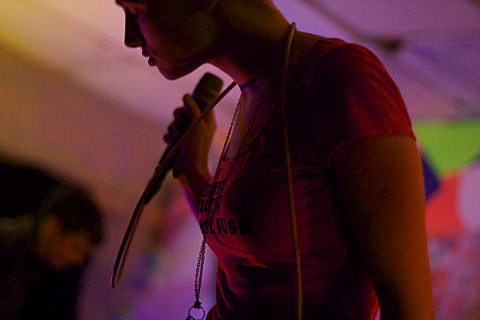 The Defibulators, Future Folk, Tall Tall Trees, Dubl Handi, Bennett Sullivan, DJ Becky Birmingham @ Brooklyn Bowl
If you like traditional bluegrass with a bit of a punk edge, head to Brooklyn Bowl tonight to catch Brooklyn's The Defibulators playing a release show for their new album, Debt'll Get'em. Should be a grand ol' time.

Alex Bleeker & The Freaks, Son of Dad, Shorts, Regal Degal @ Cake Shop
When he's not playing in Real Estate, Alex Bleeker makes drastically different music with his band The Freaks, who favor bluesy psychedelia over his other band's breezy jangle pop. Tonight he shares a bill with his Real Estate bandmate Jackson Pollis' other project, Son of Dad. And Regal Degal's weird art pop is worth showing up early for too.

Emeli Sande, Rudimental @ Central Park Rumsey Playfield
Emeli Sande headlines Central Park tonight, and if you're going, we especially think it's worth catching Rudimental, the four-piece house/drum & bass group, who do pop crossover a bit like Disclosure does. And Emeli sings on their album, so maybe there will be some on-stage collaboration?

Buster Poindexter @ Highline Ballroom
David Johansen has been back with the New York Dolls and doing some solo shows lately too, but for whatever reason tonight he's playing under his '80s/'90s pseudonym Buster Poindexter, best known for his version of "Hot Hot Hot."

Eve @ Gramercy Theatre
Eve returned this year with her first album in over a decade, and she actually sounded pretty hungry on a good deal of it. Not sure what she's like live these days, but you can find out for yourself at Gramercy Theatre (moved from Irving Plaza).

Matthew Sweet @ City Winery
Matthew Sweet went from being a college-radio cult favorite in the '80s to being a genuine alt-rock hitmaker in the '90s and gun-for-hire songwriter and guitarist in the '00s. His melodic skills and and catalog of great songs will be on display tonight.

Roy Ayers @ Blue Note Jazz Club
Speaking of legendary funk, vibraphone master Roy Ayers is at Blue Note tonight. Let's hope her pulls out tracks from his much-lauded score to blaxploitation flick, Coffy (amongst his other great work). There are early and late shows, and it's his first of four nights at the venue.

For all of tonight's shows, and tomorrow's, check out our full NYC show calendar.
dfd