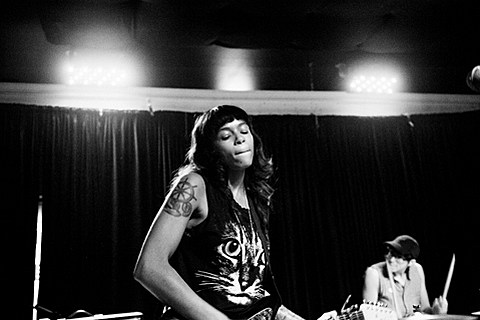 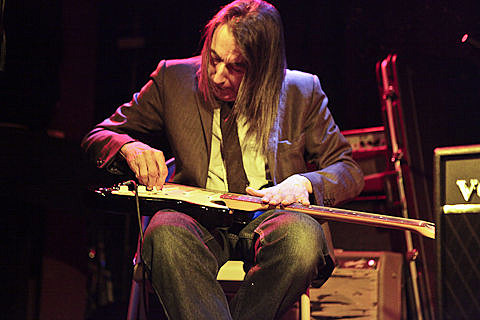 Huerco S., Madteo, Matthewdavid, Anenon, Mark Hurst @ 285 Kent Avenue
After Warm Up, Huerco S. keeps the party going with his late show at 285 Kent. Also of note on this bill is Brainfeeder associate Matthewdavid, who hasn't been to NYC in a while.

Screaming Females, California X, Black Wine, Brick Mower, Chris Gethard (host) @ Boyd Park
It's a great day to head to New Jersey because Don Giovanni Records is throwing a free show in New Brunswick's Boyd Park with some of their best (and most rockin') bands. Later this month, Screaming Females will be in NYC when their tour with two other DG labelmates, Waxahatchee, and Tenement, hits MHOW (9/14) and Bowery Ballroom (9/16), the latter of which also includes Aye Nako.

Aye Nako, Radical Dads, Primes @ Glasslands
Speaking of Aye Nako, you can catch the Brooklyn band playing a hometown show tonight. Their recently released debut LP, Unleash Yourself, is one of the better releases to come out of Brooklyn this year and you don't want to miss this band. You also don't want to miss fellow Brooklyn band Radical Dads, who make superior '90s style indie rock (Wild Flag fans take note).

Octo Octa, Policy, Free Magic, Faso, Alex Burkat @ Glasslands
If you hang around Glasslands after the Aye Nako/Radical Dads show, there's a solid 100% Silk/Discovery party going down with some pretty great DJs who will have you dancing all night.

Glen Tilbrook @ City Winery
One half of one of the best songwriting teams of the last 35 years, Squeeze's Glen Tilbrook will pull from that deep cannon of catchy tunes tonight. Funny guy too.

The Babies, Spires @ Mercury Lounge (FREE)
A nice double bill and a free one at that. You do have to use the Thrillcall mobile app to get tickets.

Passion Pit, Best Coast @ Pier 26
Passion Pit are still touring like crazy in support of 2012's Gossamer, the excellent followup to their 2009 debut, Manners. This is also the last Pier 26 show of the summer. With Best Coast, and sold out.

STRFKR, Com Truise, Small Black @ Terminal 5
If you miss the days when MGMT made super-catchy dance rock, well Portland's STRFKR have picked up the torch (and dropped the vowels) .

The Allman Brothers Band, Grace Potter & The Nocturnals @ Jones Beach
If you're at all into jam bands, you probably know The Allman Brothers Band are one of the groups that started it all, and still have a live show worth seeing. Tonight they're at Jones Beach, and opening the show is the indie-friendly Grace Potter & the Nocturnals, who are maybe more up your alley if say, your dad is dragging you to this show.