King Krule at Terminal 5 in 2012 (more by Amanda Hatfield) 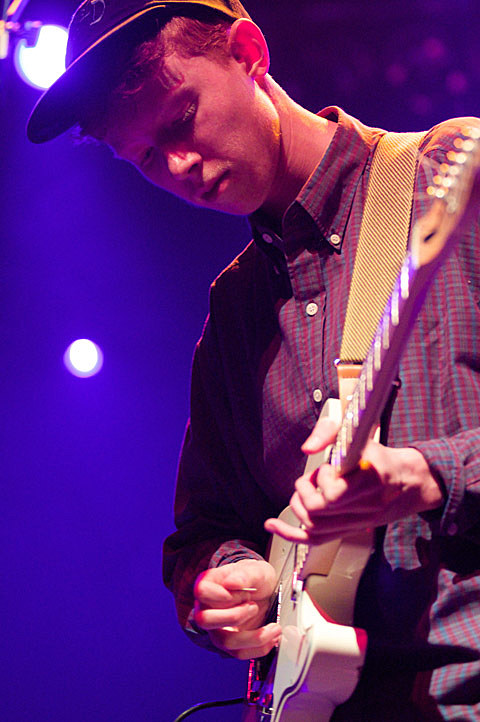 King Krule, RatKing @ Bowery Ballroom
Archie Marshall is an old soul trapped in a minor's body, a dichotomy made apparent on his debut album, Six Feet Beneath the Moon, which mixes thoughtful songwriting with modern productions touches.

Laura Marling, Steve Gunn @ Music Hall of Williamsburg
British folk singer Laura Marling's music may be highly indebted to the genre's early '70s period, but it's some of the most genuine material in that style being written today. Tonight she wraps up her two-night run at Music Hall of Williamsburg (sold out), and on Wednesday she'll play a free show at Brooklyn's St. Ann's Church. Show up early tonight to catch Kurt Vile collaborator Steve Gunn.

Ricky Gervais @ The TimesCenter
This is a "Times Talk" where the British comedian will be in conversation with NY Times culture reporter Dave Itzkoff about his career on stage, television and film, and his new Netflix series, Derek. Advance tickets are sold out, but they'll have a few tickets available at the box office one hour before showtime. You can also listen to it live online at 7 PM EDT.