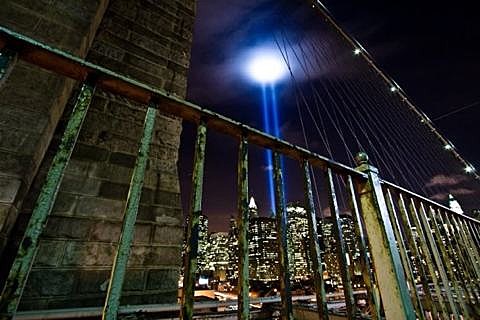 Mountains, Date Palms, Goodwill Smith, Plankton Wat @ Union Pool
This bill is being presented by Thrill Jockey Records and features three of their artists (everyone on the bill except Goodwill Smith) that lean towards sparse post-rock. A must-see for any experimental music fans not going to J. Spaceman tonight.

Girls Against Boys, David Yow, Coliseum @ Bowery Ballroom
Post-hardcore vets Girls Against Boys are fully back in action, having celebrated the 20th anniversary of Venus Luxure No 1 Baby earlier this year, and continuing with more dates and an upcoming EP. Tonight they headline Bowery Ballroom with an excellent lineup that also includes Jesus Lizard/Scratch Acid frontman David Yow and post-hardcore new(er)comers Coliseum.

Big Terrific @ Cameo Gallery
Max Silvestri hosts the free weekly comedy show in the back of Williamsburg's Lovin' Cup. The line-up is usually held pretty close to the vest, but you can check his Twitter for the line-up. For more laughs, check out the NYC Comedy calendar too.

Kate Boy, ASTR @ Mercury Lounge
This Swedish outfit -- who channel Big '80s pop like Peter Gabriel and Kate Bush -- are in NYC for two shows, tonight being the second. ASTR open and it's an early show, doors at 6:30 PM.

blink-182, New Beat Fund, DIIV @ Music Hall of Williamsburg
blink-182 are on the third of three intimate NYC-area shows -- which inspired us to make the argument they're actually an important and influential band for some -- and tonight's is also a benefit. Proceeds benefit burn treatment centers, plus research for cancer, diabetes, and others life-threatening diseases. The show is being opened by Red Bull Records-signed New Beat Fund, whose t-shirt sales will support those charities as well, and Brooklyn indie rock band DIIV (who could probably headline MHOW themselves at this point). Sold out.

The Both (Ted Leo, Aimee Mann) @ The Bell House
Ted Leo and Aimee Mann went on a tour together last year which resulted in some on-stage collaboration, and now they've taken those collaborations a step further, by actually forming a band together. The band, called The Both, is on tour now and tonight is their first NYC show. Should be pretty interesting to see what they have in store.

Flume, Chet Faker, Touch Sensative @ Webster Hall
Australian producer Flume keeps getting bigger and bigger. Back in April he was here for a packed Music Hall of Williamsburg show, and tonight he's at the much larger (and also sold out) Webster Hall, where it's likely going to be a dance party all night.

Taking Back Sunday (performing TAYF), Bad Rabbits, Get Involved!, Lost In Society @ Starland Ballroom
Last year, Taking Back Sunday went on a tour performing Tell All Your Friends in its entirety, a record that left a pretty big impact on a whole generation of kids when it came out. If you missed your chance at seeing them play that record, or just need to see it again, you're in luck because they're doing TAYF again tonight and tomorrow at Starland Ballroom before heading to Chicago for Riot Fest.

Laura Marling @ St. Ann's Church
British folk singer Laura Marling's music may be highly indebted to the genre's early '70s period, but it's some of the most genuine material in that style being written today. She just did two sold-out nights at Music Hall of Williamsburg, and tonight she does a free (if you RSVPed and got in) intimate show at St. Ann's Church.