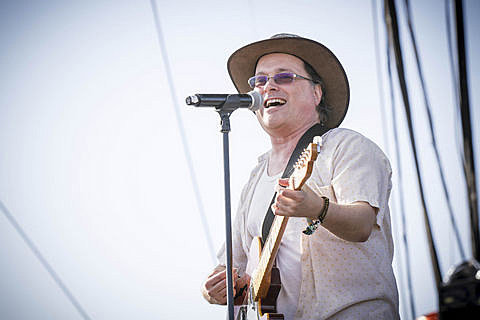 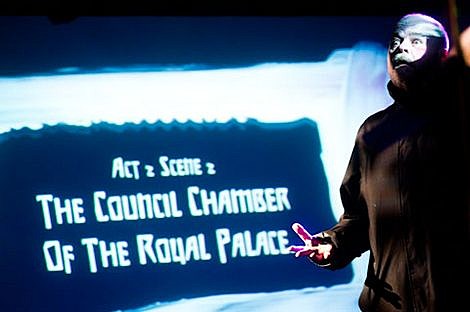 Pere Ubu, Gagarin @ Bowery Ballroom
Pere Ubu may have been forced to make a few adjustments to their lineup, but it's still a treat to catch these art punk legends while you still can. And their newest album, this year's Lady From Shanghai, ain't too shabby for a band over three decades into their career.

Spirit of Danger, Paper Fleet, The Planes, Casual Friday, @ Cake Shop
Brooklyn's Spirit of Danger have a sound that hearkens back to the heavy psychedelia and swagger rock that would retroactively be coined proto-punk or proto-metal. Tonight they headline a bill with three other local rock bands at Cake Shop.

Violent Femmes @ Central Park Rumsey Playfield
This legendary band is down one Violent Femme and up one Dresden Doll, so it might not be exactly the same band you could have seen in 1983 (or at this year's Coachella), but it's still a night of classic tunes played by two of the three guys who wrote/recorded them.

Cuntz, Pop. 1280, Black Black Black, Cyanide Tooth @ Death By Audio
Cuntz are over from Australia to bless the US with their rackety rock n' roll for the first time ever. Tonight's their first of two NYC shows this week, and if you're going, be sure to catch Brooklyn goths Pop. 1280 as well.

The Rosebuds, Dark Rooms @ Mercury Lounge
Did you know The Rosebuds covered Sade's Love Deluxe in its entirety? They did and you can stream it below. You can also go see them perform it live tonight. Tickets are still available.

Kastle, Sweater Beats, Druid Cloak, Jaw Jam, Lindsay Lowend @ Output
Kastle makes a kind of dancey future bass not too far removed from fast-rising producer XXYYXX, so if dancing and staying up late is your thing, you might wanna head to Ouput for their weekly INPUT party tonight.

Mike Servito, Honey Dijon, Nicolas Matar, Anthony Parasole, Wrecked @ The Panther Room
While that Kastle show is going down in Output's main room, The Bunker's Mike Servito does this other party in the venue's Panther Room.

O'Brother, Native, Daylight @ Santos Party House
Fans of heavy rock might enjoy this whole show, but we're most excited to see Native, whose mix of post-hardcore and math rock is great on record, but begging to be seen in a live show environment.

Shovels and Rope, Shakey Graves @ Webster Hall
Country folk duo Shovels and Rope released their second album, O' Be Joyful, and continue to grow in popularity. Tonight they play with Shakey Graves, who should appeal to fans of The Tallest Man on Earth.

Twin Sister, DJ Soul @ Brooklyn Bowl
Tonight is a party for new FOX sitcom Brooklyn Nine Nine (starring Andy Samberg) and you can catch an early screening of the first episode which debuts next week. Then stick around for a performance from Twin Sister. It's free, you just need to RSVP (which is still open)

Taking Back Sunday, Bad Rabbits @ Starland Ballroom
Last year, Taking Back Sunday went on a tour performing Tell All Your Friends in its entirety, a record that left a pretty big impact on a whole generation of kids when it came out. If you missed your chance at seeing them play that record, or just need to see it again, you're in luck because they're doing TAYF again tonight at Starland Ballroom before heading to Chicago for Riot Fest.

Eve, Dyme-A-Duzin, Camille Safiya @ Gramercy Theatre
Eve is back in action this year, and tonight she plays Gramercy Theatre (rescheduled from August's cancelled Irving Plaza date). If you're going, it's worth getting there early to catch Dyme-A-Duzin (of Phony PPL).