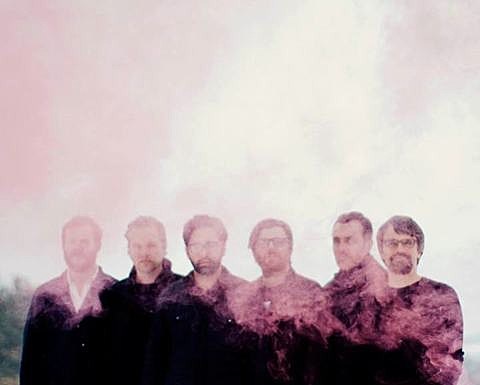 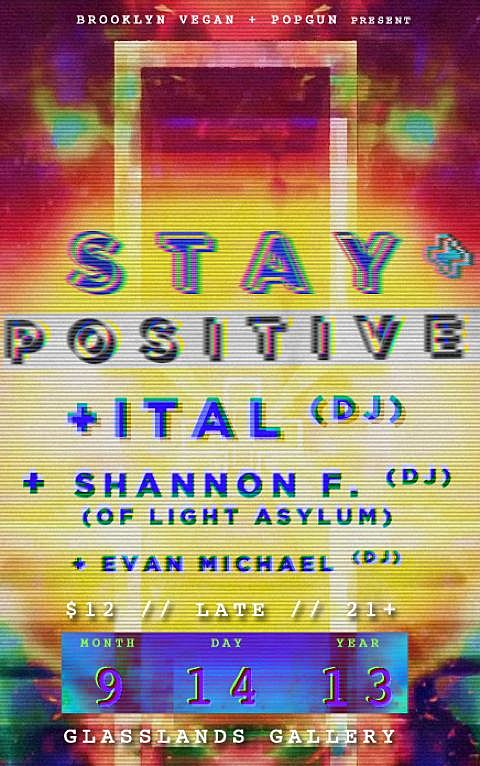 Volcano Choir (w/ Justin Vernon), Sylvan Esso @ Webster Hall
Bon Iver's been quiet lately, but luckily main man Justin Vernon has been far from it (I don't think he knows how to be anything else). He's collaborated with a ton of artists this year (Kanye, Polica, Blind Boys of Alabama), put out a record with his blues band The Shouting Matches, and now he's got one out with Volcano Choir, his collaborative project with Collections of Colonies of Bees. Their new album is the most similar to Bon Iver of all his side projects, and tonight you can see what their live show has got to offer at Webster Hall. Opening the show is Sylvan Esso, the new duo of Mountain Man's Amelia Meath and Megafaun's Nick Sanborn.

Zola Jesus, JG Thirlwell @ Out Lady of Lebanon Cathedral
Having just released Versions, an orchestral reworking of many of her songs. Tonight you can hear it live, with help from arranger JG Thirwell and strings courtesy the Wordless Music Orchestra. A few tickets are still available.

D.O.A., Disaster Strikes, Agitator, Stale Phish @ Europa
Canada has been churning out a ridiculous amount of great punk lately (White Lung, Single Mothers, METZ, Greys, Nu Sensae, etc), but don't forget that's not a new thing. Back in the late '70s/early '80s when bands like Black Flag, The Germs, Minor Threat, The Misfts, etc were shaping a now-classic style of hardcore, Vancouver's D.O.A were doing the same thing, and their early records are essential listening for that era. After 35 years of making music, the band are now on their farewell tour, which hits NYC tonight.

The Dirtbombs @ Shinola Flagship NYC
Detroit garage vets The Dirtbombs are in town to play the block party opening for bike/watch store Shinola's new NYC location. Their new album Ooey Gooey Chewy Ka-blooey! is an ode to '60s bubblegum and a lot of fun. Dirtbombs are on at 3 PM.

Alt-J, Royal Canoe @ Hammerstein Ballroom
A year ago, Alt-J were playing Glasslands and Mercury Lounge. Since then, their debut album, An Awesome Wave, won the Mercury Prize and the band have been playing bigger venues every time through. And after a summer of playing big outdoor festivals, they're probably ready for somewhere like Hamerstein.

Majical Cloudz, Moon King @ Mercury Lounge
Montreal's Majical Cloudz make soulful, minimal music that can be a captivating live experience, due mainly to Devon Welsh intense stage presence. This is the first of two NYC shows this weekend, both of which are with Toronto's Moon King who are definitely worth getting there early for.

Screaming Females, Waxahatchee, Tenement, Heaven's Gate @ Music Hall of Williamsburg
Three Don Giovanni bands, Screaming Females, Waxahatchee, and Tenement, are on a tour together this year and coming to NYC for shows at MHOW tonight and Bowery Ballroom on Tuesday. The tour is a nice celebration for this label, which has been around for ten years but experienced a serious rise in public attention this year, and these should be some great shows.

Strngrs, Lightning Dust, Louise Burns, Eros and the Eschaton @ Pianos
What started as a Black Mountain side project, duo Lightning Dust now have three albums under their belt, most recently, Fantasy, having been released this summer finds them adding electronics to their psychedelic folk sound.

Phone Home, Psychic Teens, Weird Womb, Slow Warm Death @ Shea Stadium
This whole bill should be great, but two bands of exceptional note are Philly post-punks Psychic Teens, who recently released the very solid Come LP, and Brooklyn garage punks Slow Warm Death. SWD is fronted by John Galm (Snowing, Street Smart Cyclist), but he does a much different style in this band, and does it very well at that.

NGUZUNGUZU, Dubbel Dutch, J-Cush, Durban @ Coco 66
It's another Lit City Rave at 285 Kent, and as usual they've got a lineup that will keep you dancing all night. It's headlined by LA weirdo-bass duo Nguzunguzu, and also features Dubbel Dutch, and J-Cush and Durban going b2b. UPDATE: this was supposed to happen at 285 Kent but is now happening at Coco 66 in Greenpoint.

Summer Thunder w/ Gentlemen Jets, Martin Crane, Dungeonesse (DJ), D. Jane Gherkin (DJ) @ Union Pool
Union Pool's free backyard Saturday series rolls on through September and this week is brought to you by the folks at Secretly Canadian. We're not sure who Gentlemen Jets are, but we do know that Brazos' singer Martin Crane will perform a solo set. 2PM - 6PM.

Anathema, Alcest @ Gramercy Theater
Once a black metal band, France's Alcest have gotten progressively more shoegaze with each album (their latest being 2012's Les Voyages de l'Ame), and tonight they bring their walls of sound to Gramercy Theater on their tour with Anathema.

Save Domino Party @ The Ides
The Domino Sugar Factory is scheduled to be torn down this month, but the "Save Domino" campaign is still at it, beyond the lit sign on the side of that building. Tonight there's a "Save Domino" party happening -- somewhat ironically -- at the Wythe Hotel's Ides rooftop bar. Dragons of Zynth, Heaven, and See Through will play live and comedian Seth Herzog will be your host for the evening. RSVP for the party by emailing savedominoevent@gmail.com.