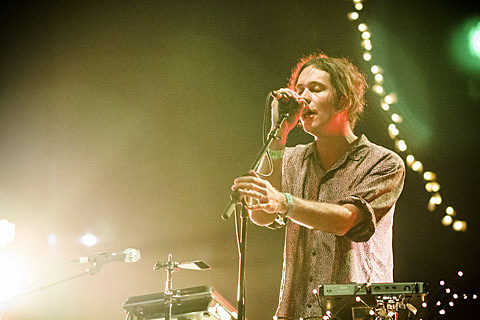 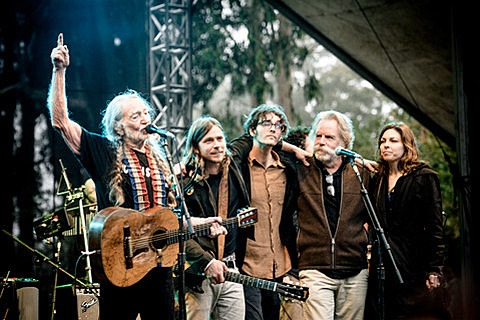 Pixies, Reignwolf @ Bowery Ballroom
Pixies might have lost Kim Deal as a member (they have Kim Shattuck of The Muffs in her place) and you might not be huge on their new EP, but this is still three of the four original members of one of the most classic indie rock bands of our time, playing relatively intimate venues. Tonight they're at Bowery Ballroom for their second of four NYC shows this week.

White Fence, Jonathan Rado, Dead Stars @ Glasslands
Tim Presley pretty much IS White Fence on their albums, but those lo-fi recordings really fatten up with the live band who always put on a good show. Tonight also features Foxygen's Jonathan Rado who just released a solo album on Woodsist, and '90s-indie-sounding Dead Stars. This is a free Converse Rubber Tracks show, but all tickets have been claimed.

Washed Out, Haerts @ Terminal 5
Though the chillwave craze didn't stay for long, some of those artists, like Washed Out, and have continued to progress and move up in the world. Tonight they headline their largest NYC show yet.

Deerhunter, Crystal Stilts @ Webster Hall
The ever-evolving Deerhunter have toyed with noise rock, shoegaze, dream pop and most other indie rock subgenres, but on their newest LP, Monomania, they dial the time machine back even further for analog-recorded glammy garage rock. They continue their NYC run with a sold-out show at Webster Hall tonight, and opening are Brooklyn's Crystal Stilts.

Invisible Days, Dead Tenants @ Cake Shop
If you pine for the early '90s sound of shoegazers like Ride, Lilys and Pale Saints, you might just wanna check out Brooklyn band Invisible Days who do that sort of stuff well.

The Hairs, Franny & Zooey, Littlefoot, Northern Spies @ The Flat
It's a lovely night of indiepop, headlined by snarky combo The Hairs. If you're looking for a cheap night out, this show's only three bucks.

Bilal @ Highline Ballroom
The New School is doing its Jazz Alumni Night at Highline Ballroom tonight, and it's especially interesting because neo-soul singer Bilal will be headlining the show.

Icona Pop, k.Flay, Sirah @ Music Hall of Williamsburg
Do you still love it?