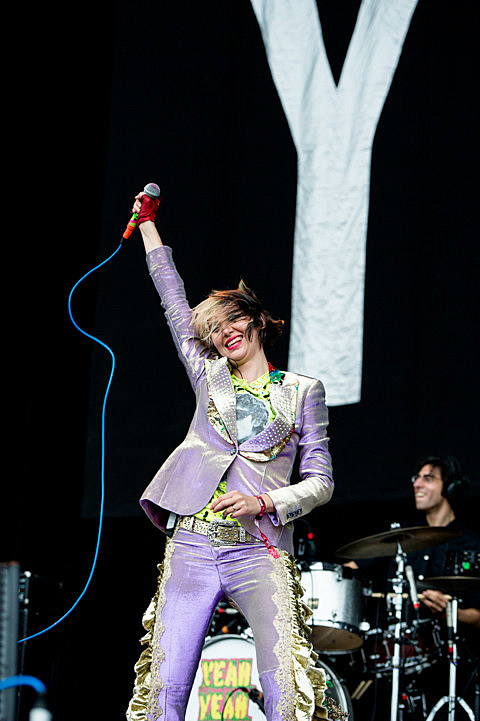 Terry Malts, Kissing Is A Crime, LVL UP @ Glasslands
For pop punk with a more indiepop slant, San Francisco's Terry Malts are in town, having just released their swell sophomore album, Nobody Realizes This Is Nowhere which is out on Slumberland.

Deerhunter, Crystal Stilts, Blues Control @ Webster Hall
The ever-evolving Deerhunter have toyed with noise rock, shoegaze, dream pop and most other indie rock subgenres, but on their newest LP, Monomania, they dial the time machine back even further for analog-recorded glammy garage rock. They wrap up their NYC run with a sold-out show at Webster Hall tonight, and opening are Brooklyn's Crystal Stilts.

Pixies, Meg Myers @ Music Hall Of Williamsburg
Pixies might have lost Kim Deal as a member (they have Kim Shattuck of The Muffs in her place) and you might not be huge on their new EP, but this is still three of the four original members of one of the most classic indie rock bands of our time, playing relatively intimate venues. Tonight they're at Music Hall of Williamsburg for their third of four NYC shows this week.

Skimask, New England Patriots, Big Ups, Alien Triology @ Death By Audio
This bill includes one of the better upcoming Brooklyn punk bands, Big Ups, who sound as '90s as they look, and come armed with a ferocious live show.

The Crookes, Los Encantados, Young Rising Sons @ Union Hall
This Sheffield UK band specialize in wordy, jangly guitar pop and are playing their first U.S. shows this week in NYC. They are not the next coming of Pulp or anything, but will do in a Britpop pinch.

Fred Frith @ Roulette
Avant-garde guitar great is performing his 1980 album Gravity at Roulette with a large group of musicians. If you can't make it tonight, he does it again tomorrow too.

Hippy, Friend Roulette, Lux Perpetua, Spirit Plate @ Shea Stadium
Hippy make very solid indie guitar pop and have the good taste to cover Wire's "Mannequin" on their free-download album Almost Live. This is a pretty good bill of locals, all around, too.

Drake pop-up shop at ALIFE
Drake's new album Nothing Was The Same comes out next week (9/24) and his tour with Miguel and Future hits NYC in October, but before all of that, he'll be launching three pop-up shops today only in Toronto, NYC and LA. NYC's is at ALIFE (158 Rivington St) and they'll have free Nothing Was The Same gear available. The shop opens at 1 PM. More info here.