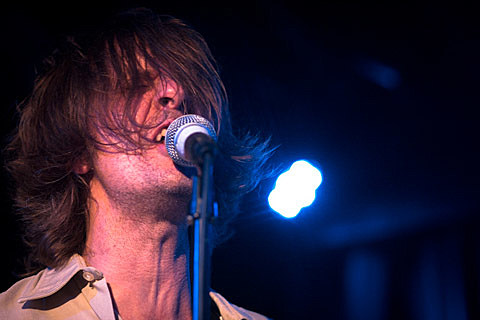 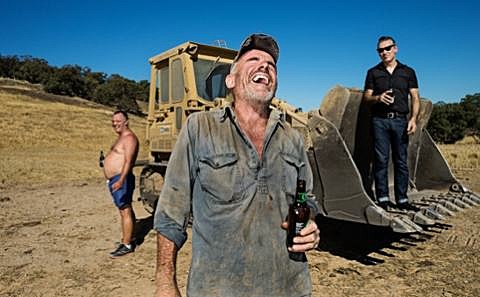 Obits, Prince Rupert's Drops, All Nines @ The Bell House
Obits third album, Bed & Bugs, just dropped on Sub Pop and it's their most varied album to date, but still a rager -- and maybe the best thing they've done yet. As they've done with their previous two LPs, they play a release show at The Bell House tonight.

Cosmic Psychos, M.O.T.O, Degreaser @ Cake Shop
Australian farmers/proto-grunge band Cosmic Psychos are currently celebrating their 30th anniversary as a band and are touring North America for the first time in a very, very long while. Tonight's the second of two shows at Cake Shop

The Beets, The Wrong Words, Lame Drivers, and Piano Movers @ Shea Stadium
San Francisco trio The Wrong Words make late-'70s style power pop, a sweet and crunchy part of your complete breakfast. Pour yourself a bowl tonight and pick up a copy of their just-released second album, Everything is Free (which you can stream at Spotify).

Beach Day, Mozes and the Firstborn @ Cameo Gallery
Florida's Beach Day do a pretty good job of bringing '60s girl group vibes into our current day, as you can hear on their Kanine Records debut, Trip Trap Attack.

Ejeca, JDH & Dave P @ Cameo Gallery
The breakout of the nu-house scene is becoming unstoppable, and tonight, another of its worthy purveyors, Belfast's Ejeca, comes to NYC for a FIXED party at Cameo. Stream a track of his below.

Odonis Odonis, Eraas, HSY @ Death By Audio
If you like your rock dark and heavy, Death by Audio is the place to be tonight. The bill's got two Toronto bands -- garage-psych band Odonis Odonis and sludge punks HSY -- and it's rounded out by local Brooklyn goths Eraas.

Alex Winston, Echo Friendly @ Glasslands
NYC singer Alex Winston has been pretty quiet since the shows she was playing surrounding the release of quirky pop 2012 record, King Con, but she's now got a new song under her belt (stream below) and her first local show in a while.

Brooktober Fest w/ J Roddy Walston & the Business and more (2 PM)
This day of free music happens on the East River in WIlliamsburg (5 N 11th St) with music from J Roddy Walston and The Business The Warden and FAME, EYE RA HAZE Justina Valentine, Katie Costello, Soul Junkies, and DJ Adam (of Lordz of Brooklyn). It goes from 2 - 10 PM and has food and booze too. More info on the flyer below.

Metallica @ Apollo Theater
It's invitation-only for SiriusXM subscribers so if you're going, you probably know already, but these thrash legends turned mega rock stars will play Harlem's iconic Apollo Theater tonight. If you're not one of the lucky ones with tickets, you can listen to it air live on SiriusXM's Mandatory Metallica channel.

Today is the last day of summer so get out and enjoy it. 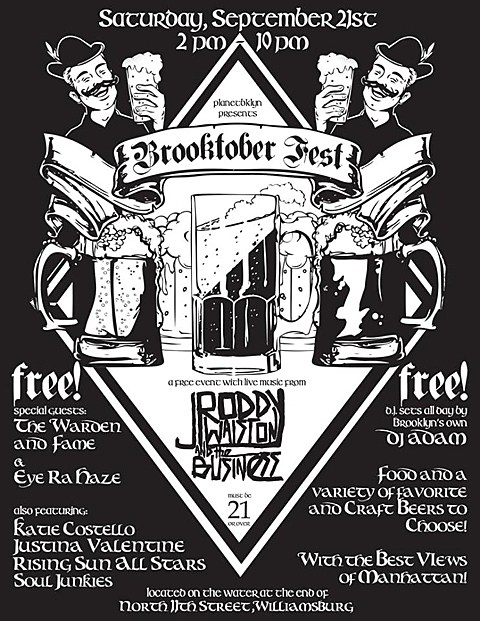