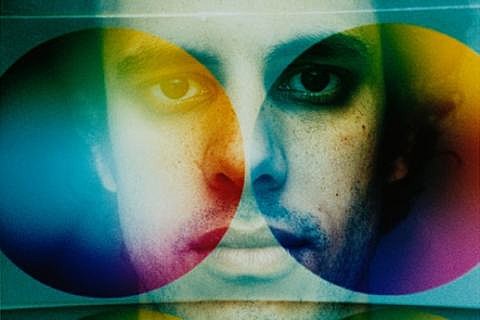 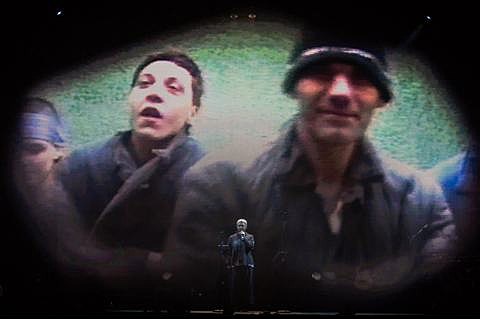 Massive Attack V Adam Curtis @ Park Avenue Armory
Trip hop pioneers Massive Attack have collaborated with filmmaker Adam Curtis for this thought-provoking sensory overload. Reggae legend Horace Andy and Cocteau Twins vocalist Liz Fraser add to the experience. Just don't expect a traditional concert. Tonight's show is sold out but you can still get tickets to some of the other five performances.

UPDATE: "Due to issues w/ Cinespace, Sat's event w/ Four Tet & James Holden has been moved to 251 W 30th St. All advance tickets will be honored."

Fucked Up, Dope Body, Lodro @ Le Poisson Rouge
Fucked Up, the hardcore band that makes 75+ minute rock operas and has one of the most fun live shows around, returns to NYC tonight. It hasn't been long, but we're not complaining. Good openers too.

'We Have An Anchor' @ BAM
Jem Cohen presents his new work as part of BAM's Next Wave Festival, a cinematic tribute to Nova Scotia with live music by a band that reads like an ATP line-up: Guy Picciotto (Fugazi), Jim White (Dirty Three), Efrim Manuel Menuck and Sophie Trudeau (Godspeed You! Black Emperor, Thee Silver Mt. Zion), and more. Tonight's the second of three performances.

Superchunk, Spider Bags @ Bowery Ballroom
One of America's quintessential indie rock bands remain at the top of their game: the new I Hate Music is packed with hooks and, live, Mac can still land a flying leap off the drum riser. The second of two sold-out out shows at Bowery.

Stevie Wonder, Kings of Leon, Alicia Keys, John Mayer, Elvis Costello @ Central Park Great Lawn
The Global Citizen Festival returns to Central Park with a lot of famous people (but not the only famous people in NYC this weekend).

zZz, Tempers, The Naked Heroes @ Death By Audio
Not to be confused with Brooklyn-via-Japan's ZZZ's, zZz is a gothy Dutch band and tonight they're in NYC for a show at Death by Audio. And local goths Tempers (who do a killer Swans cover) are not to miss.

Typhoon, Radiation City @ Littlefield
Like Sufjan and Beruit? Maybe it's time to check out this Portland's orch-pop ensemble. Tonight's show is sold out, but you can still get tickets to Monday's show at Le Poisson Rouge.

The Eugene Mirman Comedy Festival @ Union Hall
You can also catch more EMCF action at Union Hall, and tonight's show is called "Comics We Hope Don't Move to LA (Though We Understand There Is Much More Work There)." Those comics would be Sean Donnelly, Jena Friedman, Claudia Cogan, Josh Gondelman, Dan St. Germain, and The Lucas Brothers. Tickets are still available.

Future Blondes, Teleoahqaal, Key of Shame, Skullcaster, Love Goat @ Acheron
Future Blondes and Skullcaster just teamed up for a Nothing Changes party earlier in the week, and tonight they bring their dark sounds to the Acheron.

Goosebumps, White Line Fever, Creeping Dose, Ivy @ Lulu's
Goosebumps make the kind of menacing hardcore that you really have to see live, and tonight you'll get a chance to do so, as they return to Lulu's.

Susanne Sundfor, The Mast @ Glasslands
You may know Susanne Sundfor as an M83 or a Royksopp collaborator, but the Norwegian art pop artist also has a number of her own records out, and her solo material is of quality too.

Trash Talk, Ratking, SECRET GUEST @ 285 Kent Avenue
Odd Future Records-signed rowdy punks Trash Talk return to 285 Kent for a headlining date in the middle of their tour with Danny Brown and Action Bronson. It's a venue they (and their Odd Future pals) have brought chaos to before. Wonder what goes down tonight.

Van She, Penguin Prison, French Horn Rebellion @ Le Poisson Rouge
You might not know this, but Australians like making shamelessly big, catchy synth pop. No seriously. Just ask Cut Copy. Or The Presets. Or like, Empire of the Sun. Van She are no exception to this rule, and tonight they play a smaller venue than those bands usually play in NYC, so it should be an intimate, shamelessly fun time.

Screaming Females, Waxahatchee, Tenement, Kicking Spit @ Asbury Lanes
If you missed this awesome tour of Don Giovanni labelmates when it came through NYC (or if you live in New Jersey, or prefer seeing shows there), you'll get one more chance tonight. This bill is rounded out by yet another Don Giovanni band, Kicking Spit.