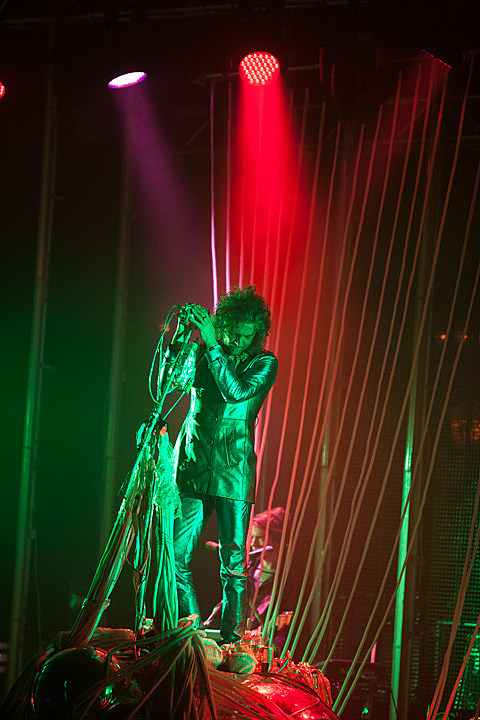 The Flaming Lips, Tame Impala, The Ghost of a Saber Tooth Tiger @ Terminal 5
Two bands who love making far-out psychedelia, but not without keeping a sense of pop in mind -- The Flaming Lips and Tame Impala -- team up to co-headline two nights at Terminal 5. Opening both nights is The Ghost of a Saber Tooth Tiger, because with that much psychedelic pop at one show, you gotta have a Lennon on the bill, right?

Big Boi, Killer Mike @ Brooklyn Bowl
Big Boi's currently the more active member of Outkast and while his solo stuff isn't anything to ignore, you can usually count on hearing tons of 'Kast at his shows too. His frequent collaborator and fellow ATLien Killer Mike opens the show.

Steely Dan @ Beacon Theatre
Donald Fagen and Walter Becker continue their seven-night run at Beacon, and theme of tonight's show is "Greatest Hits Night." So no need to scream for "Rikki Don't Lose That Number," they're probably going to play that. Tickets are still available.

Warpaint, DJ Nelleke @ Music Hall of Williamsburg
It's been over two years since LA dream pop quartet Warpaint were in NYC, but that finally changes tonight. There's been talk of a new album -- which will be their first since their 2010 debut -- so hopefully we'll hear some of that new stuff tonight. Sold out.

Jagwar Ma, DJ Angus Gruzman @ Glasslands
Australia's Jagwar Ma, whose debut album owes much to the '90s baggy scene, made their American debut at Mercury Lounge last night and tonight they're at Glasslands. Sold out but they'll be back in December.

Prince Rama @ Clocktower Gallery
Tonight is the premiere of Prince Rama's film, Never Forever, a free-form bit of strangeness that includes both the "twisted world of a post-apocalyptic gym queen" and a "VR robot turned pop star." It looks kind of like The Apple? After the film there's a lecture, "Pop Music and the Apocalypse," from singer Taraka Larson. The event is sold-out but you can check out the trailer below.

Tyvek, Shark?, Darlings, Juan Wauters (The Beets) @ Death By Audio
On their way back from Goner Fest, Detroit noise punks Tyvek stop by Death by Audio to trash the place with a fine line-up of local openers.