Mount Kimbie at Bowery Ballroom in May (more by David Andrako) 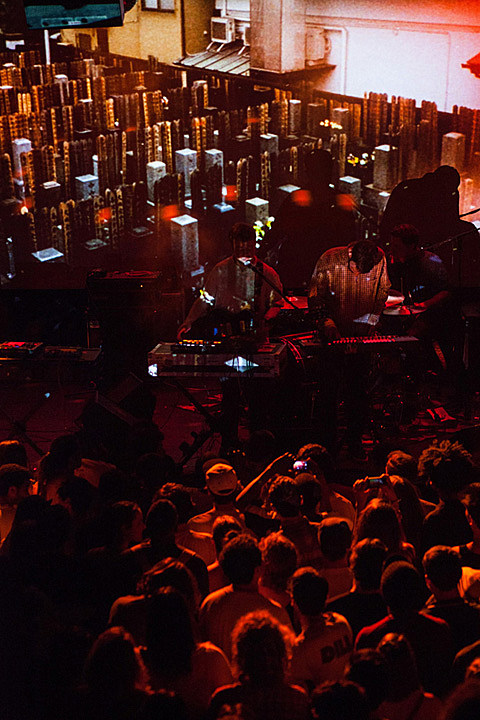 Olafur Arnalds, Lisa Alma @ Le Poisson Rouge
The Icelandic composer brings a classical view to pop, or is it the other way around? One thing's for sure: tonight's show is sold out.

London Grammar, Jaymes Young @ Gramercy Theatre
One of the many artists who contributed to this year's great Disclosure album, London Grammar recently released their debut LP on Columbia, and they likely have their own great career ahead of them.

Mount Kimbie, Jonwayne, D33J @ Music Hall of Williamsburg
UK duo Mount Kimbie have two excellent, very different sounding electronic albums under their belts, but they're not just a laptop project. They put on a great live show too.

The Weeknd, Banks, Anna Lunoe @ Radio City Music Hall
Canadian R&B singer The Weeknd followed his trilogy of mixtapes with his first official studio album, Kiss Land, this year and he's supporting it on a big tour that brings him to NYC for two nights at Radio City. This is night 2.