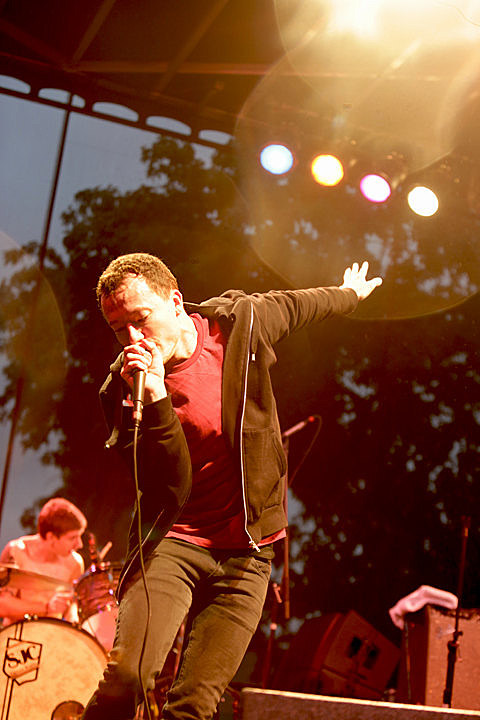 Touche Amore, United Nations, The Saddest Landscape @ 285 Kent Avenue
Touche Amore's new album, Is Survived By, is possibly the emo/post-hardcore album of the year, and we at BrooklynVegan are thrilled to be presenting this show. Opening is Geoff Rickly's (of Thursday) emo powerviolence band United Nations, and another excellent screamo band The Saddest Landscape, whose newest EP, Exit Wounded, is not to be slept on. Tonight's show is sold out.

Nothing Changes w/ Automelodi, Dream Affair @ Home Sweet Home
Montreal synth wave outfit Automelodi released their second album this week and celebrate tonight amidst the fog machines. This will be a late show, well after midnight.

Rodriguez @ Barclays Center
One of the most remarkable second acts in recent memory continues with Rodriguez's biggest NYC yet. Tomorrow he plays Radio City.

Deltron 3030, Del tha Funky Homosapien, Dan The Automator, Kid Koala @ Brooklyn Bowl
Deltron 3030 are officially back in action, and the great alternative hip hop collective are now touring with backing from orchestra, which should make this different from your average rap show. Next week they're at Highline Ballroom, but tonight is the more intimate Brooklyn Bowl show.

Martin Rev, Infinity Shred, Tempers @ Glasslands
The CBGB Festival may be here with lots of bands we've never heard of, but tonight an actual CBGB legend plays a NYC show at Glasslands. Martin Rev is one half of synthpunk pioneers Suicide, who just played a very noisy set at Station to Station. If tonight's show will be anything like that, bring ear plugs. Also be sure to catch goth duo Tempers, who do a great Swans cover and have great original music too.

Ultra Bide, BBIGPIGG, Controlled Bleeding @ Death By Audio
And speaking of classic punk, but this time not from NYC, Japan's Ultra Bide ahve been at it since 1978, leaning on the noise rock/art punk side of things. Next week, they'll release DNA vs DNA-c, their first record in over a decade, via Jello Biafra's venerable punk label Alternative Tentacles, and right now they're on their first North American tour in 15 years.

Obituary, Strong Intention, Skullshitter, Iron Force @ Saint Vitus Bar
Long-running Florida death metal band Obituary are working on getting their ninth album out at some point soon, but before that they're on a tour which hits NYC for two nights at Saint Vitus this week. This is night 1.

Black Milk, The Dopplegangaz, Black Dave, Quelle, DJ Sober @ Santos Party House
Alt-rapper Black Milk has worked with such diverse names as Sean Price, Jack White, and Danny Brown in recent years, and this year he returned with a solo album. He's out supporting that and tonight he hits NYC for the Noisey Rap Party which also features quality NYC rap duo The Doppelgangaz.

Ra Ra Riot, Caveman, Cayucas @ Terminal 5
These three bands all lean towards the pop side of indie pop (though perhaps not this much), so expect lots of mid-tempo lighthearted melodies and an overall good time.

Palma Violets After Party @ Hifi Bar
The boys in the band will be DJing their own afterparty which BrooklynVegan is presenting. Come on out even if you didn't go to the show -- it's free and open to anyone 21 years or older. 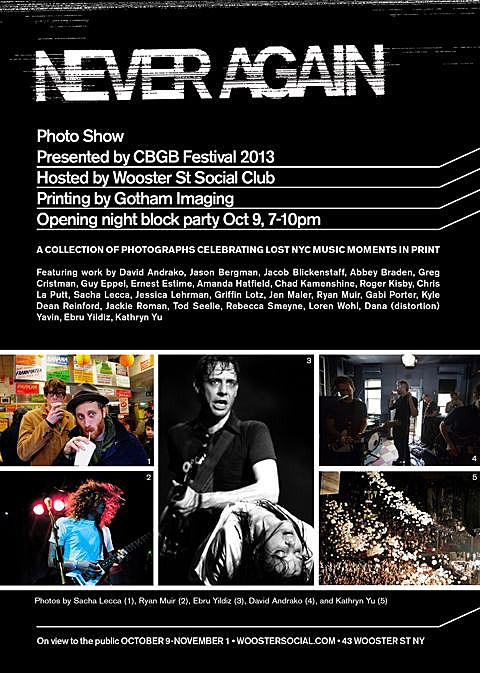 "Never Again" photo exhibit @ Wooster Street Social Club
As part of the CBGB Festival, this exhibit displays "the lexicon of the New York music scene, documenting the moments that can never be re-created, and continuing the tradition championed by music-photographers of the past." Many of BV's contributors will be showing their work. Free.

Ginger Baker @ Iridium
One of the greatest living drummers of any genre, Ginger Baker is best known as one third of Cream but is a master of many styles. This is his first of a five-night run at Iridium, and tonight's show is part of the CBGB Festival too. 8 PM and 10 PM shows.

Due to immigration/visa issues, Norwegian orch-pop artist Alexander Von Mehren's North American tour was canceled. He was to have played Mercury Lounge tonight.