Rodriguez at Beacon Theater in April (more by PSquared) 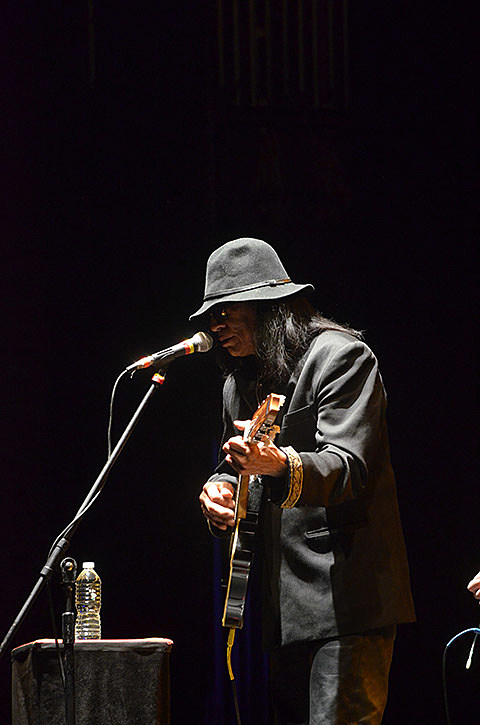 Junip, Dawn of Midi @ Le Poisson Rouge
In between weekends at Austin's ACL Music Festival, Swedish hushed folkmaster Jose Gonzalez and his band Junip have popped over to NYC for a welcome second visit this year. Sold out.

The Veldt, Heaven, Miracle Falls @ Cameo Gallery
Mixing swirling guitars, funky beats and soulful vocals, The Veldt stood out from their '90s shoegaze compatriots. After more than a decade away, the band returned in 2011 and have been going strong ever since. Part of the CBGB Festival.

The Spits, Useless Eaters, Foster Care @ Knitting Factory
Practicing a mix of Ramones and Misfit-isms drenched in battery acid and too many downers, The Spits has quietly been ruling the punk underground for years. Don't miss Memphis' Useless Eaters who are pretty ferocious live and open the show. Both bands play tomorrow at Mercury Lounge.

Chad Valley, Ski Lodge @ Mercury Lounge
Due to visa/immigration issues, Shelly are being kept in Athens just a little longer and won't make this show. But they'll be back later this month.

Rodriguez @ Radio City Music Hall
One of the most remarkable second acts in recent memory continues with Rodriguez's return to NYC, this time playing one of Manhattan's toniest venues.

Obituary, Mutant Supremacy, White Widows Pact, Strong Intention @ Saint Vitus Bar
Long-running Florida death metal band Obituary are working on getting their ninth album out at some point soon, but before that they're on a tour which hits NYC for two nights at Saint Vitus this week. This is night 2.

Jake Folgnest, Julie Klausner, Dave Hill @ The Bell House
Part of the CBGB Festival, this is a live taping of The Fogelnest Files podcast. Julie Klausner and Dave Hill bring the funny.

Cheetah Chrome, Lydia Lunch, Richard Lloyd, Sylvain Sylvain, Lenny Kaye, Andy Shernoff, Tuff Darts, Glen Matlock @ The Bowery Electric
This 'Carry On Band Series' show is one of the few shows at CBGB Festival that actually brings CBGB legends together (and lots of them for that matter). The lineup includes members of Television, Patti Smith Group, The Dictators, Dead Boys, and more.

AFI, Touche Amore, Coming @ Webster Hall
Post-hardcore greats Touche Amore just played a wild headlining show at 285 Kent last night in the midst of their tour opening for AFI. Tonight that tour resumes at Webster Hall, and is sold out.

Emeli Sande, Jake Bugg @ IHeartRadio Theater
Brit stars Emeli Sande and Jake Bugg (who'll be back in January) play this relatively tiny show tonight. You had to win tickets to go, but it will stream live at 7 PM EDT.