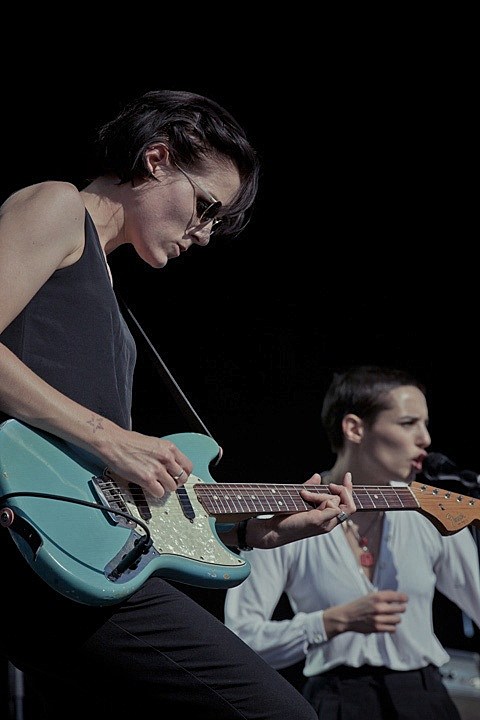 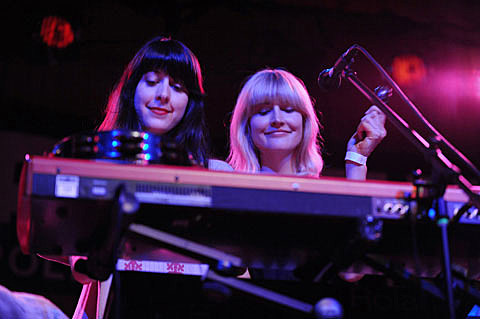 We are in the midst of CMJ Music Marathon and today the free day party options kick in pretty good, so check out our list of afternoon action we already posted. Browse our full NYC show calendar for all of tonight's shows. We've got tonight's highlights -- most but not all are CMJ shows -- here and more options listed further down.

Savages, Duke Garwood @ Terminal 5
CMJ is not a contest but Savages "won" CMJ last year. Now with an album out, they're back to rub other bands noses in it at Terminal 5. Not really, they're nice people, and their trad postpunk should sound good in the cavernous venue.

Talib Kweli, Black Moon, Phony PPL, Smif-n-Wessun, The Underachievers, Res, Cory Mo, Meka @ Music Hall of Williamsburg
In general, this is pretty much the biggest night for rap at CMJ this year. Tonight's also the Duck Down showcase co-headlined by Talib Kweli and veteran crew Black Moon who are celebrating the 20th anniversary of their '93 debut, Enta Da Stage, backed by Phony PPL.

The Darcys, Zeus, Still Life Still, Gold & Youth, Lowell @ Cake Shop
There's more to Canada than Montreal. Explore some of our Northern neighbors' other musical cities (mainly Toronto) at this showcase. Maybe the Darcys will pull out some ther Steely Dan covers. 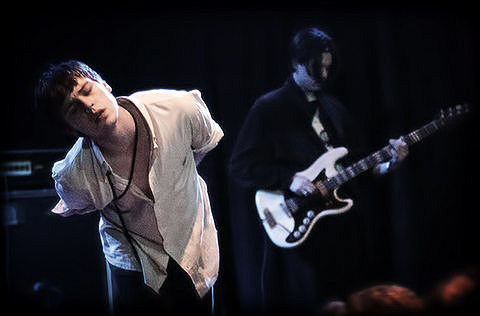 Iceage, Survival, Ivy @ The Acheron
Danish punks Iceage have hit NYC a few times this year, and this two-night stand at Acheron -- not part of CMJ -- will be their last one before the year ends. Even when they play a bigger place like Bowery Ballroom, Iceage act like they're in a tiny punk joint, so they should feel right at home here.

Hunters, Total Slacker, SISU, Perfect Pussy, LODRO, Tweens @ The Flat
Two of our "30 Bands Worth Seeing at CMJ" are on this bill (Tweens and Perfect Pussy), and the rest of the bill is recommended too -- SISU features half of the Dum Dum Girls, LODRO work the smoky noir vibe hard, and Hunters are always a kick live.

Half Moon Run, The Preatures, Mystery Skulls, claire, Austin Brown, Bonzie, Dream Koala (DJ Set) @ The Bowery Hotel
This is one of School Night parties and is a pretty good lineup of more commercial indie bands (not that there's anything wrong with that) including Montreal's Half Moon Run and Australia's Preatures. Free with RSVP.

Running in the Fog, Mutual Benefit, Flagland, The Everywheres, Body Parts, Bent Shapes @ Muchmore's
Boston indiepop band Bent Shapes made our list of "30 CMJ Bands" too, they're jangly but not without bite.

Flying Turns, Real Magic, TV Girl, Hockey, FLASH/LIGHTS, Shy Girls, Brothertiger, Landshapes, The Epilogues, Shady Elders, StaG, South of France @ Tammany Hall
This Tammany Hall show has a number of artists working in the electronic/pop world, including Real Magic, who's all contemporary beats and big vocals, TV Girl who combine hip hop and indie pop, plus a lot of samples, and Shy Girls, who at the moment may be best known for working with the PMR-signed Cyril Hahn.

Brian Wilson, Jeff Beck @ The Wellmont Theatre
The band who currently tours as The Beach Boys may not include their main songwriter Brian Wilson as a member, but Brian's on the road with fellow ex-Beach Boys Al Jardine and Dave Marks, plus guitar maestro Jeff Beck, playing a ton of favorites from The Beach Boys' career. Not part of CMJ.

More notable Wednesday options are listed below, but for all of tonight's shows, and tomorrow's, check out our full NYC show calendar.

There is no Big Terrific tonight because of CMJ but for other funny options, check out the NYC Comedy calendar .