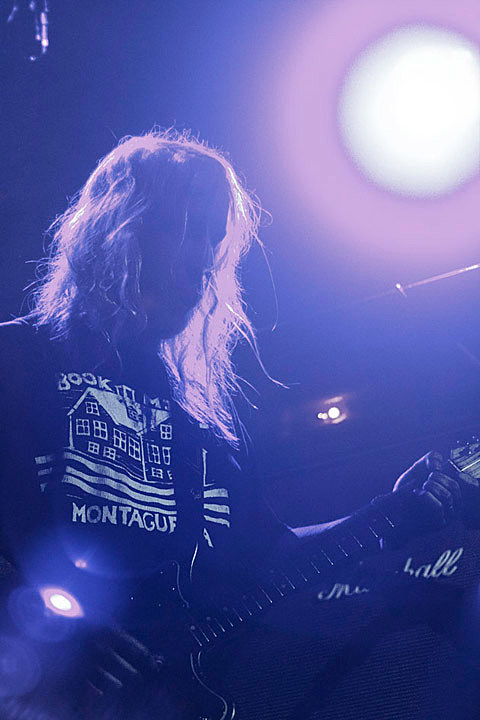 John Wesley Coleman, The Sheiks, Juan Wauters (of The Beets), Mail The Horse @ Death By Audio
Austin "trash poet" John Wesley Coleman is currently on tour with Tennessee's The Sheiks and their is their first of two NYC shows. If you can't make DBA tonight, they'll be at Cake Shop on Friday (10/25).

Skaters, Hunters, TEEN, Free Time @ Glasslands
The poppy Skaters headline this bill but we're more partial to the always-fun-live Hunters , TEEN and Australian expats Free Time who would make for a good bill on their own.

J Mascis, Speedy Ortiz @ The Flat
After J Mascis does an in-store signing at Mishka for the debut of their new Dinosaur Jr line, he heads to the afterparty at The Flat to do a solo set. A much newer Western Mass band Speedy Ortiz (who likely learned a thing or two from Dinosaur Jr, and who now share a producer/engineer with them) open the show.

B.B. King @ B.B. King Blues Club
It's his club, he can play when he wants and what he wants.

Eric Burdon & The Animals @ Ridgefield Playhouse
Rock legend Eric Burdon has been touring this year, having done two nights in NYC back in May. His current tour doesn't come back to NYC but if you don't mind traveling a bit, there's a stop in CT tonight (and he played NJ last night).