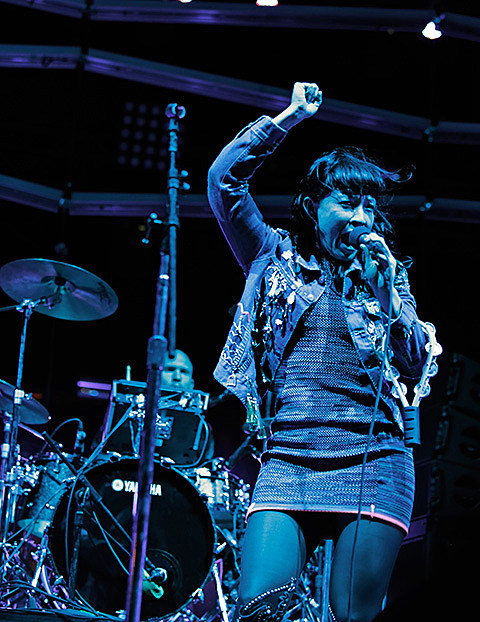 FIDLAR, The Orwells, Shocked Minds @ Bowery Ballroom
You normally don't associate Bowery Ballroom with wild nights, but the beer-n-bong fueled antics of both FIDLAR and The Orwells should rile the crowd up pretty good. Sold out, dawg.

Color Film, Crush Distance, Heavenly Beat @ Glasslands
'80s-leaning Color Film (the new project of Daryl Palumbo of Long Island post-hardcore band Glassjaw) celebrate the release of their new EP with this show. If you dig the liquid bass sounds and impassioned vocals of Japan and The Associates, you may want to check them out.

Simple Minds @ Roseland Ballroom
Mind you, if you really like '80s sounds and impassioned vocals, why not go for the real bombastic deal with Simple Minds.

Boys Noize, Pllo @ Output
Boys Noize gets associated with the EDM scene these days, but this week he does two nights at the intimate (for his standards) Williamsburg dance club Output.

Terror, Counterparts, Power Trip, Code Orange Kids, Manipulate @ The Studio at Webster Hall
This bill brings together a few different types of hardcore bands. Most exciting to us are the crossover thrashers Power Trip and post-hardcore noisemakers Code Orange Kids.

Wesley Stace @ City Winery
John Wesley Harding is going by his real name, Wesley Stace, again, and tonight he returns to City Winery where he often does his Cabinet of Wonders variety show, but tonight's a regular gig.

Radiolab Live w/ On Filmore, Noveller, Ophira Eisenberg @ Beacon Theatre
Once again, WNYC/NPR show Radiolab has taken its show on the road, this time with an event they're calling "Apocalyptical." In addition to hosts Jad Abumrad and Robert Krulwich, they've brought along musicians Noveller and On Filmore, plus comedian Ophira Eisenberg for their patented blend of science, music and humor.