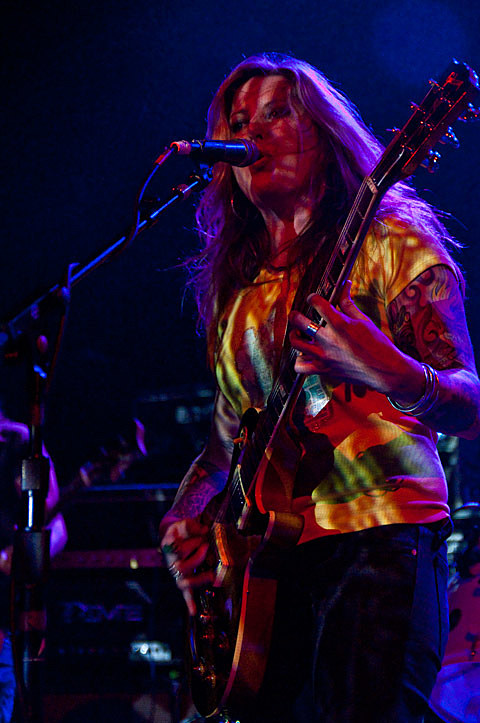 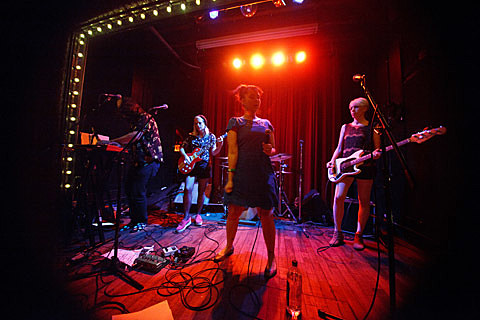 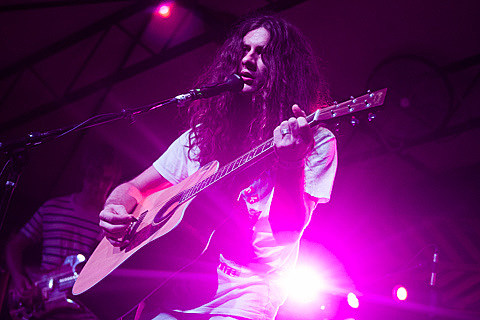 The Julie Ruin, Priests @ Music Hall of Williamsburg
Kathleen Hanna's new band The Julie Ruin simply cannot be slowed down. They're already played quite a few NYC shows this year, and they keep selling them out (like tonight's). Opening the show is a killer DC band who probably owe a thing or two to Kathleen Hanna, and who just made quite the impression at their sole CMJ show, Priests.

Kylesa, Pinkish Black, Sierra @ Saint Vitus
Two bands that are tied to the metal scene, but really aren't that metal, Kylesa and Pinkish Black, are currently on the road together for this BV/IO-presented tour which also includes Kylesa's pals Sierra. Kylesa, who do have heavier roots, have been experimenting with psychedelia, shoegazey atmospheres, and alternative rock anthems lately, whereas Pinkish Black leans towards darkwave.

Kurt Vile, Lee Ranaldo and The Dust, Beach Fossils @ Terminal 5
It's hard to believe that it was only four years ago that Kurt Vile and Beach Fossils both played the Woodsist/Captured Tracks Festival, and now they're teaming up again for KV to headline what is by far his largest NYC show yet at Terminal 5. Lee Ranaldo and the Dust (which has more Sonic Youth members than any other post-SY band at the moment) is on the bill too, and of course not to miss.

Electronium: The Future Was Then @ BAM
Questlove, Dan Deacon, Jeremy Ellis, How To Dress Well, Sonnymoon and more are performing at this "freely-associative and impressionistic musical homage to pioneers in the electronic music scene between 1948 and 1979."

Minus The Bear, INVSN, Slow Bird @ Best Buy Theater
Technical-guitar emo is pretty in right now, and though their most classic records might be behind them, Minus the Bear are one of the bands who were a crucial part in developing that style.

The Waterboys, Freddie Stevenson @ Bowery Ballroom
Celt pop vets The Waterboys are official supporting their 10th LP, An Appointment with Mr. Yeats but expect no shortage of hits from This is the Sea and Fisherman's Blues.

Mike Donovan, LODRO, Pigeons @ Death By Audio
With the Sic Alps moniker retired, Mike Donovan is now playing under his own name, but expect the same swampy folk. LODRO's bluesy noir is a good fit as opener.

The Beets, Chastity Belt, Pony Time, The Beer Shits, Haybaby @ Shea Stadium
Brooklyn mutant folkies The Beets headline this show but do check out Seattle's Chastity Belt whose new album, No Regrets, is streamable below. Also on the bill are Seattle's punky Pony Time and you can stream their album, Go Find Your Own, below as well.

The English Beat @ Paramount
While singer Dave Wakeling is the only original member of the band these days, there's no denying his many pop hits like "Mirror in the Bathroom," "Save it For Later" and even General Public's "Tenderness."

Justin Townes Earle @ The Space at Westbury
JTE is a good excuse to check out this new Long Island venue (run by Bowery Presents) in a historic, '20s-era space.

Radiolab Live w/ On Fillmore, Noveller, Ophira Eisenberg @ Beacon Theatre
Once again, WNYC/NPR show Radiolab has taken its show on the road, this time with an event they're calling "Apocalyptical." In addition to hosts Jad Abumrad and Robert Krulwich, they've brought along musicians Noveller and On Filmore, plus comedian Ophira Eisenberg for their patented blend of science, music and humor.