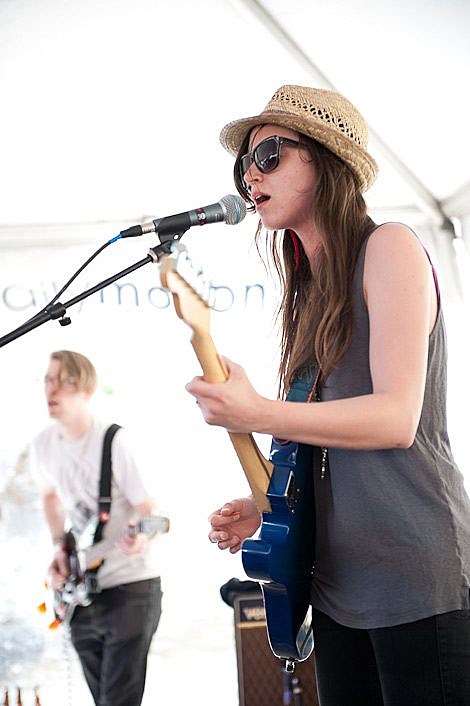 Thee Oh Sees, The Blind Shake, OBN Ills @ Irving Plaza
If you have any interest whatsoever in things "garage" and "punk" then this triple bill is pretty much unmissable. With the scifi protopunk of The Blind Shake and the in-your-face rock fury that is OBN-IIIs, the crowd will be ready for mayhem by the time Thee Oh Sees hit the stage. While not as ideal a setting as a 285 Kent was on Sunday, it's still a can't miss line-up.

Gary Numan, The Color Film @ Music Hall of Williamsburg
The night after a Thomas Dolby show in NYC, another synthpop pioneer who some people call a "one hit wonder" comes to NYC for a show. He just released his 20th album, Splinter (Songs From A Broken Mind), and he's got a 3+ decade career of tracks you're bound to hear. Glassjaw side project The Color Film, which owes more than a little to the type of music Gary helped create, opens. Sold out.

Chance The Rapper, DJ Rashad & Spinn @ SOB's
Chance the Rapper has had a pretty successful career thanks to his catchy Acid Rap mixtape, and this week he returns to NYC for two sold out shows at SOB's. This is night 1.

Diane Coffee, Deradoorian, Tavito Nanao @ Pianos
This is the first NYC show ever for Japanese artist Tavito Nanao, and it's also pretty indie rock friendly, with former Dirty Projector (Angel) Deradoorian and Foxygen side project Diane Coffee on the bill too.

Keep Shelly In Athens, Chad Valley, Teletextile @ Glasslands
Keep Shelly in Athens and Chad Valley both have pretty interesting takes on electronic pop, and tonight you can see 'em both at one show.

Verses Narrow, The New Trust (members of Velvet Teen), Brian Carly (of The Waltz) @ Cake Shop
The Velvet Teen are a little-known (but loved by those who do know them, including the members of Minus the Bear) indie rock band from California, and offshoot band The New Trust are even lesser known, but also great, and worth catching. They play Cake Shop tonight and open for Tim Kasher of Cursive in Brooklyn next week.

Holly Miranda, Kendra Morris, Domino Kirke @ Knitting Factory
Holly's new album is due out soon, here's a chance to hear much of it early.

The Todd Barry Podcast, Live! @ The Bell House
This is a live taping of Todd Barry's podcast, and tonight's guests are Natasha Lyonne, Hannibal Buress, and Nick Turner. Sold out.

Andrew W.K. @ Bedford + Bowery Newsroom
There's tons of chances every year to see Andrew W.K. party in NYC (including New Year's Eve this year), but tonight you can hear him talk about partying, as he gives a lecture on it at Bedford + Bowery's pop-up shop.