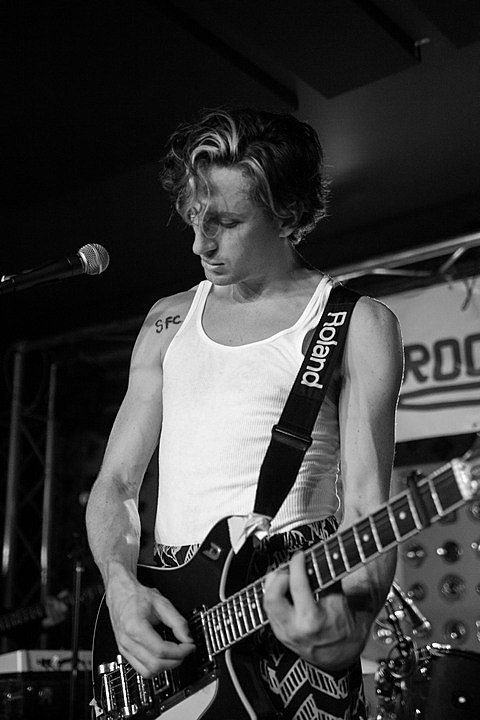 Roomful of Teeth, Holly Herndon @ Le Poisson Rouge
For this indie/classical crossover show, vocal octet Roomful of Teeth are performing the world premiere of Caroline Shaw's "Partita," in addition to works by Caleb Burhans, Brad Wells, and William Brittelle. And opening the show is experimental musician Holly Herndon, which makes for quite the double bill.

Kirin J Callinan, Jenny Hval @ 285 Kent Avenue
This is an excellent show for fans of the eccentric. Kirin J Callinan's stuff is pretty unclassifiable, and whether you know the songs or not, his live show can't be ignored. And Jenny Hval makes the kind of art pop that falls somewhere between PJ Harvey and Laurie Anderson.

Slam Dunk, Crosss, Duzheknew, Pupppy @ Cake Shop
Vancouver's sax-filled swaggering rockers Slam Dunk have been on a tour with Built to Spill, which hits NYC on Thursday (11/7) at Irving Plaza, but tonight you can see them in a much more intimate environment when they headline Cake Shop.

Jessie Ware, Mikky Ekko @ Irving Plaza
Jessie Ware has the voice of a pop star and the forward-thinking production of musicians like SBTRKT, Disclosure, and Joker, all of whom she's worked with. She's an excellent performer too, and tonight's show -- her second of two in NYC this week -- should be a memorable one.

Black Lips, The Subsonics, Weird Womb @ Music Hall of Williamsburg
Georgia garage rockers Black Lips are busy working on their new album but are taking a break with a short US tour. You can also catch their Middle East tour documentary, Kids Like You and Me, at Nitehawk Cinema tonight.

Midlake @ Other Music
Midlake and singer Tim Smith parted ways a year ago, and the band scrapped a half-finished album, eventually making Antiphon which is out this week. The band will perform a free acoustic set tonight, and later this week will play a sold-out show at Mercury Lounge.

Mike Birbiglia @ Union Hall
Mike Birbiglia plays big rooms these days but still loves testing out new material at cozy Union Hall. This is an early show (7:30 PM) and tickets are still available (as of this posting).