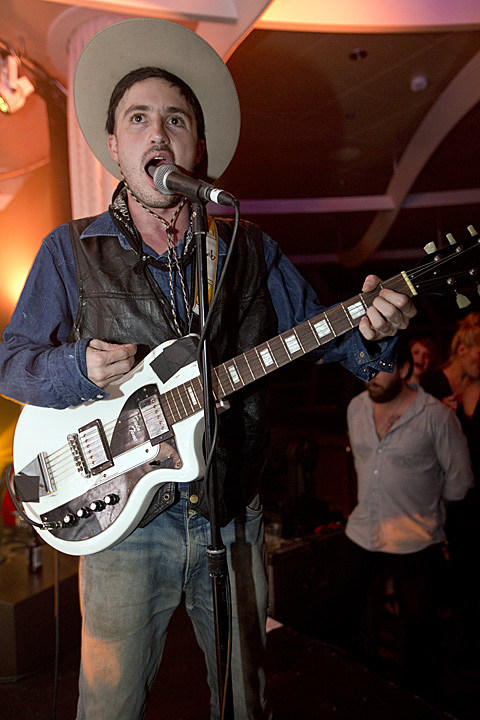 Election Day
Among other important races, we're getting a new mayor in NYC. Cast your vote!

The Black Lips, Tweens, Habibi @ Bowery Ballroom
Georgia garage rockers Black Lips are busy working on their new album but are taking a break with a short US tour. Get there early for Ohio's punky Tweens and Habibi, both of whom are good too. You can also catch Black Lips' Middle East tour documentary, Kids Like You and Me, at Village East Cinemas tonight.

Coke Weed, Andrew Cedermark, Shorts @ Glasslands
Maine combo Coke Weed are descendents of The Velvet Underground's chugging psych rock -- a sound that never seems to go out of style and they do it well on their current album, Back to Soft. Former Titus Andronicus member Andrew Cedermark, whose new album is out on Underwater Peoples, opens.

The Men, Purling Hiss, Pampers @ Music Hall of Williamsburg
The Men have shifted from powerhouse rock to allowing more jammy textures in of late, but still put on an intense live show. Opening are psych-rockers Purling Hiss and the speed-demon punk of Pampers.

Heaven's Gate, Yvette, Jazz Massagers @ Silent Barn
While they often get tagged shoegaze (and there is a smidge of that in their sound), Heaven's Gate are more of punky rock band, while still using a lot of effects pedals. And they're really good.

Nellie McKay @ The Bell House
Witty, charming and multitalented, singer-songwriter Nellie McKay just wrapped up a run of her lauded off-Broadway show, Old Hats. Tonight she performs as part of "Ask Me Another," which blends brainteasers and local pub trivia night with comedy and music.  Tickets are still available.