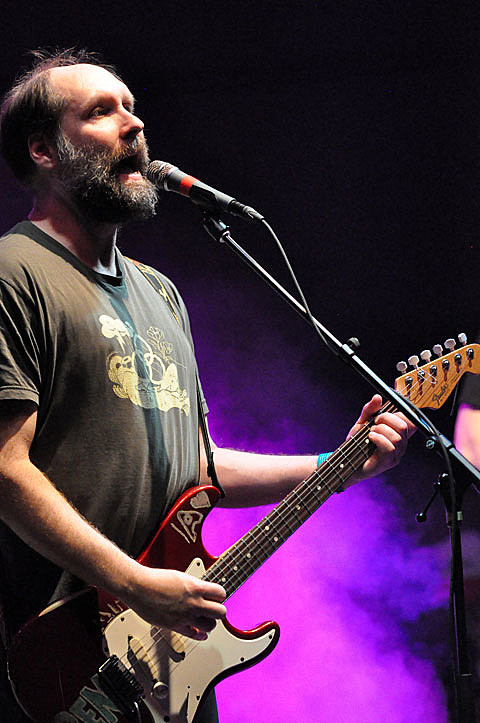 James Blake, Nosaj Thing @ Terminal 5
Mercury Prize winner James Blake returns to NYC for his second two-night run at Terminal 5 of 2013 tonight. If you haven't seen him yet, don't let his downtempo sounds fool you into thinking it'll be a boring show; even in a live setting James has been anything but. Nosaj Thing opens and is worth catching too. This is night 2.

Deer Tick, Robert Ellis @ Webster Hall
Twangy bar rockers Deer Tick always bring a beers-raised good time, and with their fifth album Negativity out now, they've got plenty of material to choose from (and they're not too shy to throw in a few covers either).

B-52s @ Brooklyn Bowl
These new wave survivors remain basically a party in a can, and they'll be popping the top tonight.

John Hodgman @ Union Hall
Erudite funnyman John Hodgman has one of his "Secret Society" shows tonight. Clearly the secret is out -- it's sold out.

Lazy, The Hairs, Lame Drivers @ Cake Shop
Kansas City group Lazy do not sound like their name, making speed-fueled, melodic punk that might've fit in the early-'80s LA scene. They're playing with punkish locals Lame Drivers and The Hairs.

Ital, Shumi, Nooka Jones @ Bossa Nova Civic Club
Ital has his roots in abrasive punk bands, and though that may not come across in the electronic music of his current project, it does when he delivers on stage and never settles for being a standstill knob-turner.

Tod Seelie's 'Bright Nights' book party w/ Japanther, The So So Glos, Unstoppable Death Machines, Ken South Rock, Amour Obscur @ Silent Barn
This is a party for Tod Seelie's new book Bright Nights, which documents 14 years of photographing the undersides of New York City life, with a bunch of local rock bands, which should make for a pretty good time.

Heliotropes, Flown, Black Lagoon, Beech Creeps @ Acheron
Fuzzy NYC rockers Heliotropes got their debut album out earlier this year, and continue to do a ton of local shows. Tonight they're at Brooklyn punk club Acheron.