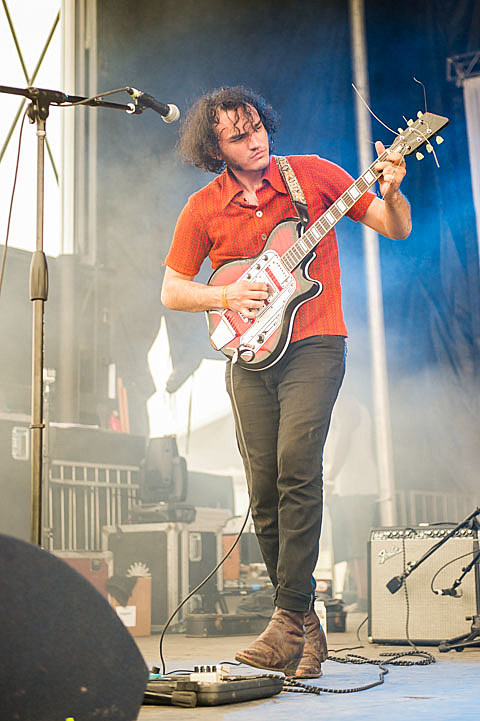 Juan Wauters @ Queens Museum
The Beets singer plays this show as part of the opening of Matthew Volz's (who does all The Beets artwork) installation at the Queens International biennial. He'll be playing intermittently from 6:30 - 8 PM.

Moonface, Saltland @ Le Poisson Rouge
Spencer Krug is a man of many projects (Wolf Parade, Sunset Rubdown, etc) and lately he's been dedicating time to his solo project Moonface, which he just released the third album for, Julia With Blue Jeans On, an album of piano and voice that maintains Spencer's songwriting style that we all know and love. Opening the show is Saltland, aka Rebecca Foon who was Spencer's bandmate in Fifths of Seven, and also of Esmerine, Thee Silver Mt Zion, and more.

Neil Hamburger, Tim Heidecker, Carla Rhodes @ Bowery Ballroom
If you like your comedy strange and awkward, you probably already have tickets to this show. If you don't have tickets, too bad, it's sold out.

Sinead O'Connor @ City Winery
This is the second of three sold-out shows at City Winery for the Irish singer.

Justin Timberlake, The Weeknd @ Izod Center
JT and The Weeknd already did their NYC show at Barclays Center earlier this week, but tonight's another chance to catch their double dose of future-R&B in the area at NJ's Izod Center.

B-52s @ The Capitol Theatre
These new wave survivors remain basically a party in a can, and they'll be popping the top tonight.

Chat Logs, Bambara, Florida, Warcries @ The Ho_se
If you're going to this show, be sure to catch Bambara, whose recent album Dreamviolence is dark and LOUD, and their live show delivers.

Jeffrey Lewis, Marcellus Hall, Susquehanna Industrial Tool and Die Co. @ Union Pool
This is the official afterparty for the Comic Arts Brooklyn festival, and who better to headline than musician and comic artist Jeffrey Lewis?

Restorations, Weatherbox, Deep Pockets, Nightmares For A Week @ Saint Vitus
Restorations mix Torche-style sludge with everyman's punk that's somewhere between The Hold Steady and Hot Water Music, and it's as good in real life as it sounds on paper. Weatherbox fall somewhere between indie rock and emo, and they're worth catching too.