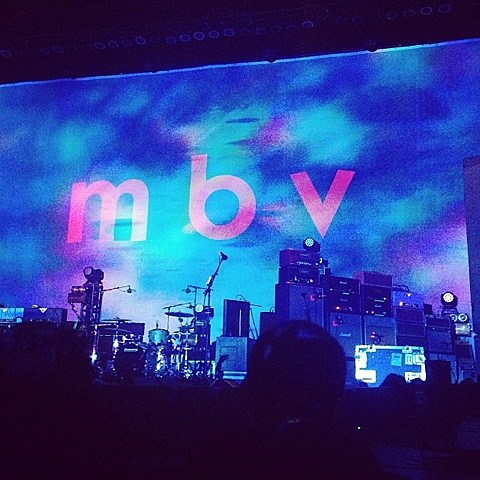 Morbid Angel at BB King's in 2012 (more by Jonathan McPhail) 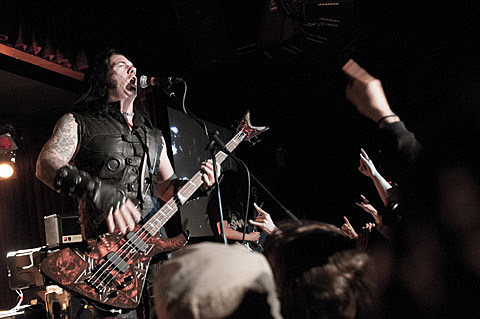 My Bloody Valentine, DIIV @ Hammerstein Ballroom
The shoegaze legends play the final show on their 2013 world tour tonight, their second of two NYC shows, to remind people how it's done. Expect most of the "hits," and intense light show and a medium-length (but still crushingly loud) "You Made Me Realize." Tickets are still available.

Hippy, Kissing Is A Crime, The Teen Age, Bluffing @ Cameo Gallery
It's an all-Brooklyn indie pop lineup with four quality bands. Check out a track from Bluffing below.

Night Beats, Golden Animals @ Mercury Lounge
If you like garage psych rock with a little swagger to it, Seattle trio Night Beats do it better than most. Their new album, Sonic Bloom (out on Austin Psych Fest label Reverberation Appreciation Society), is a good listen. Tonight's show was supposed to be with RAS labemates Golden Animals but they had to cancel, so The Mystery Lights are playing instead.

Dave Davies @ City Winery
Ray's brother, Kinks guitarist, fuzz-tone pioneer, and writer of some good songs in his own right, this lesser-known Davies is back at City Winery and tickets are still available.

John Fogerty @ Beacon Theatre
Rock legend John Fogerty has over four decades of music, including countless swamp rock classics penned during his time in Creedence Clearwater Revival like "Fortunate Son," "Bad Moon Rising," "Have You Ever Seen the Rain?" and tons more that you'll likely hear tonight, his first of three Beacon Theatre shows this week.

Morbid Angel, Jotunheim, Vadimvon, Winter Nights @ Irving Plaza
Morbid Angel are playing their death metal classic Covenant in full on this tour. Covenant is one of the only death metal albums to ever see a major label release, and it's arguably the finest specimen the genre has to offer. Worth overlooking Morbid Angel's recent missteps to catch.

The Slow Death, GSD, Hot Shot @ Coco66
Pretty Boy Thorson (real name Jesse Thorson) spent the '00s making country punk with his band The Falling Angels, and now he's fronting The Slow Death, who drop the "country" but keep the "songwriter punk" element, resulting in raw, anthemic jams. The Minneapolis band are currently on a US tour, which hits NYC tonight. And like a zillion other good punk bands, Mikey Erg is on drums. Stream their recently released album, No Heaven, below.

Ken South Rock, Beasty, Vomitface @ Union Pool
Brooklyn/Tokyo rockers opened for Peelander-Z on Halloween, and they sound like a band who would appeal to Peelander fans for more reasons than a shared home country. Check out a video below.

Dylan Fest @ Bowery Ballroom
The annual Dylan Fest returns for its second of two nights at Bowery Ballroom tonight. The show will feature Bob Dylan classics performed by a number of musicians, including members of Black Keys, The Hold Steady, Heartless Bastards, The Mooney Suzuki, and more.

The Slow Death - No Heaven