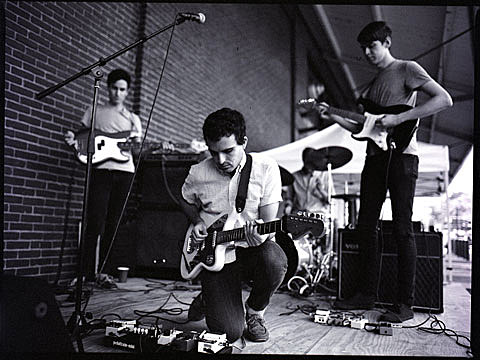 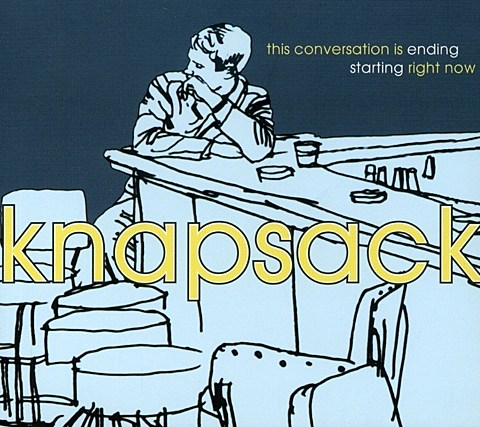 Knapsack, Have Mercy, I Hate Our Freedom @ Music Hall of Williamsburg
The Jealous Sound have been active again as of late, but now Blair Shehan is reigniting even older flames with his '90s emo band Knapsack, who have been on a reunion tour this year. Along with bands like The Promise Ring, Knapsack helped lay the groundwork for the punky powerpop side of emo, and this chance to see them revisiting those classic songs is unmissable for fans of the genre.

SUBWAY REMINDER: the L Train is not running at all this weekend between 8th Ave in Manhattan and the Myrtle-Wyckoff stop in Brooklyn.

Flamin' Groovies @ Europa
The power-pop legends behind such classics as "Shake Some Action" and "Teenage Head" played as part of Norton Records' two-day Hurricane Sandy anniversary, and have now added this show tonight.

Au Revoir Simone, Ski Lodge @ Brooklyn Bowl
This afternoon show is part of the Kidrockers series so bring the family.

Mavis Staples @ City Winery
Soul legend Mavis Staples (of The Staple Singers) is still very active, touring consistently and continuing to release new music (including this year's Jeff Tweedy of Wilco-produced One True Vine). Tonight she returns to NYC for her second time this year for a two-night run at City Winery. This is night 1.

Richard Buckner, Vandaveer, Dave Wanamaker @ Mercury Lounge
Tonight Mercury Lounge hosts the seasoned but fresh sounds of Richard Bucker, whose newest LP, this year's Surrounded, is not one to sleep on.

Dysrhythmia, Zevlous, Geryon @ Saint Vitus Bar
Local math metal crew Dysrhythmia are one of the most jaw-dropping live acts around, thanks in no small part to maniac drummer Jeff Eber.

The Shondes, Leda, Elsinore @ The Rock Shop
Last month, Champaign, IL quartet returned with their first new album in three years, Push/Pull, full of the band's widescreen orch-pop, and you can stream that below.

Frankie Cosmos, Baby Mollusk, Lizard Kisses, Whatever Dad @ Silent Barn
This is a zine/compilation tape release party for The Le Sigh, and among other things, features the anti-folk inspired sounds of Porches affiliate Frankie Cosmos.

FORMS w/ Future Brown @ MoMA PS1
Future Brown, the new collaborative project from Fatima Al Qadiri (aka Ayshay), Nguzunguzu, and Lit City Trax's J-Cush, has as much going on as a resumé like that suggests. Their newest track, "World's Mine," a collaboration with Prince Rapid, Dirty Danger and Roachee, is a grime freakout that has almost too much going on. But not in a bad way. Stream that track below. Today's show (4-7 PM) is an audio/visual collaboration with DIS and Thunderhorse Ent.