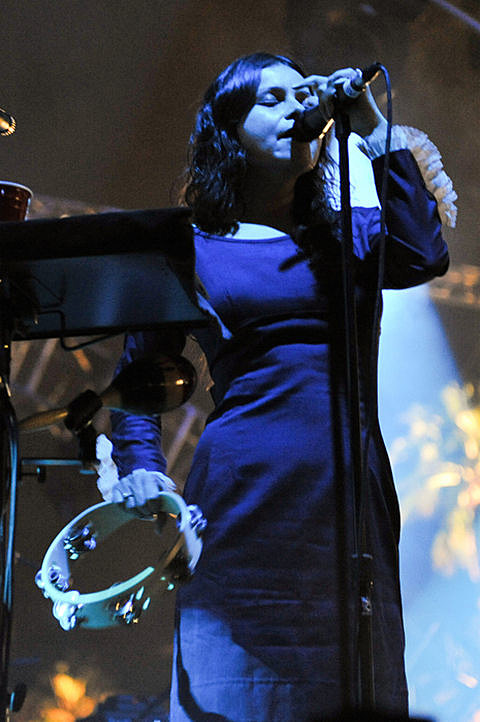 Cold Cave, Bad Girlfriend, Young Boys, Nothing @ Tammany Hall
Tonight is the latest Red Bull Sound Selects show, featuring gothy headliners Cold Cave. Like all RBSS shows, this one is $3 but you do need to RSVP.

Mavis Staples, Jake La Boyz @ City Winery
Soul legend Mavis Staples (of The Staple Singers) is still very active, touring consistently and continuing to release new music (including this year's Jeff Tweedy of Wilco-produced One True Vine). Tonight she returns to NYC for her second time this year for a three-night run at City Winery. This is night 3.

Rice Cultivation Society, Unicycle Loves You, All Forces, Maya Vik @ Pianos
Do you like Rhythm Nation-era Janet Jackson and the late-'80s production style of Jimmy Jam & Terry Lewis in general? So does Norwegian singer and model Maya Vik, who mimics that style on her new EP with precision accuracy. Stream a couple tracks below.

A Benefit for Corrine! @ Union Pool
Naked Heroes, Callers and many more will be performing tonight with all proceeds going to help a friend's medical costs. More details here.

Noting Changes w/ The Hunt @ Home Sweet Home
This weekly fog-machine-fueled darkwave party celebrates the reissue of The Hunt's 2009 album with a reunion performance from the now-defunct band (two of whom are now in Cult of Youth).

The Big Terrific Comedy Show @ Cameo Gallery
Max Silvestri hosts the free weekly comedy show in the back of Williamsburg's Lovin' Cup. No word on who's playing tonight, but you can check Max's Twitter.

John Hodgman: Secret Society was supposed to happen tonight at Union Hall but is being rescheduled.