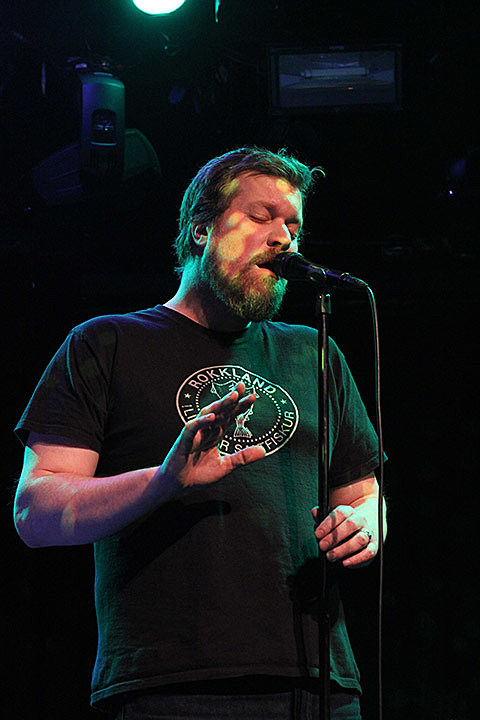 John Grant @ Music Hall of Williamsburg
With his second album reeling in the year-end accolades, John Grant plays his biggest NYC show yet. This is a special, stripped-down show but his powerful pipes and stage presence will probably make up for anything missing in the arrangements. If you can't make tonight's shows, he's also playing Tuesday at Rough Trade, free entry with purchase of his new CD.

Jagwar Ma @ Rough Trade
With a debut album that owes more than a little to the early-'90s Madchester rave scene, Jagwar Ma will be twistin' your mellon (man) with sunshine vibes to spare.

Radiolab Live @ Beacon Theatre
Once again, WNYC/NPR show Radiolab has taken its show on the road, this time with an event they're calling "Apocalyptical." In addition to hosts Jad Abumrad and Robert Krulwich, they've brought along musicians Noveller and On Filmore, plus comedian Ophira Eisenberg for their patented blend of science, music and humor.