King Krule at Glasslands in 2011 (more by Erik Erikson) 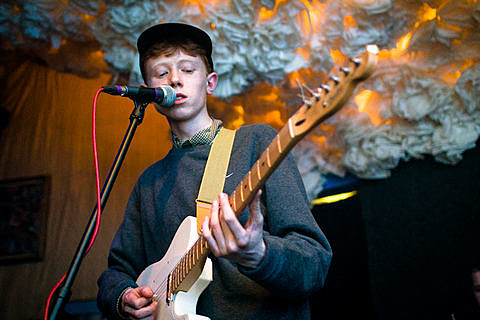 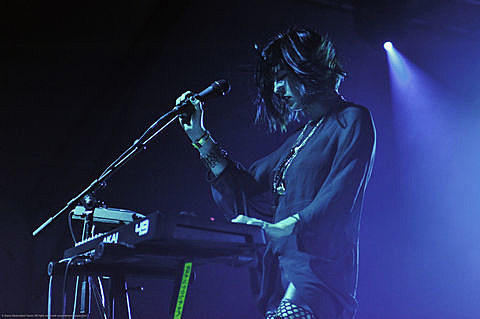 King Krule @ Webster Hall
Archie Marshall is an old soul trapped in a minor's body, a dichotomy made apparent on his terrific debut album, Six Feet Beneath the Moon, which mixes thoughtful songwriting with modern productions touches. Tonight's sold out.

Ida Maria @ Rough Trade
Norwegian singer-songwriter Ida Maria, once known for her wildcard electric performances, returns for her first NYC shows in some time. Will "Oh My God" still have the same punch?

Foley, The Dirty Nil, Shy Hunters, Tyburn Saints @ Glasslands
Tonight's finally the NYC debut of Canada punk rippers The Dirty Nil, who were supposed to play here in October but had to cancel at the last minute. If you like your punk quick and dirty, check this band out.

Phantogram, Until The Ribbon Breaks, Weeknight @ Terminal 5
While fans wait for Phantogram's new album, they can hear a few new songs -- like "Lights" from the Hunger Games: Catching Fire soundtrack -- tonight at Terminal 5.

Sean Nicholas Savage, Zula, Regal Degal, Softspot @ Death By Audio
Prolific and a little eccentric, Montreal artist Sean Nicholas Savage mixes genres with abandon, as heard most recently on this year's Other Life, which came out on Arbutus Records (home of Grimes, Doldrums and more).

Dapwell from Das Racist (DJ set), The Kominas, Gandu Cirus, Ashni, Cerenkov, Gabe Merizalde @ Pianos
This is an afterparty for the South Asian Film Festival which is going on in NYC this week. Massachusetts band The Kominas headline, followed by a DJ set from onetime Das Racist member, Dapwell.

O'Death, The Woes @ Brooklyn Bowl
Brooklyn's O'Death have been kicking for quite a while now, making their dark brand of gothic alt-country.

Occultation, Survival, Yautja, Razorheads @ Acheron
Occultation, the spooky rock/metal band featuring the guitarist of weirdo black metal act Negative Plane, kick off a week-long tour with a BK appearance alongside up-and-coming Nashville grinders Yautja and locals Razorheads and Survival (not the Liturgy side project)." Or something.