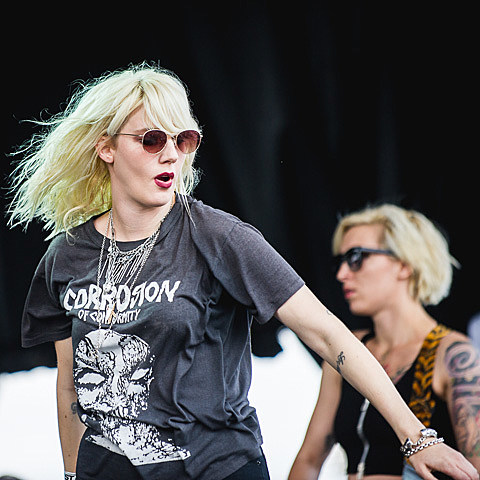 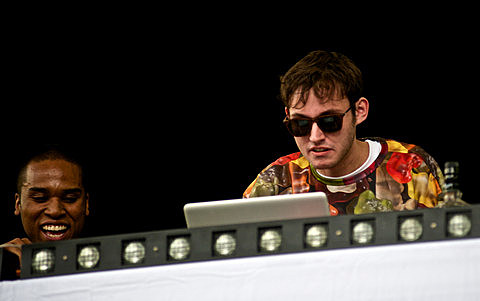 Hubble, John Mannion, Diaphragm, Migrations in Rust, Yellow Tears @ 285 Kent Avenue
When Ben Greenberg isn't playing with The Men (or any of the other bands he is/was in), he makes experimental music on his own as Hubble which is very worth checking out as well.

Fort Lean, Dave Monks (of Tokyo Police Club), Roommates @ Baby's All Right
NYC trio Fort Lean are finishing up their new album, so here's a chance to check out some new songs. It's also a chance to see TPC frontman David Monks in solo mode.

Caveman, Vacationer, See Through @ Bowery Ballroom
Ever-popular NYC indie band Caveman are throwing their first-ever "Cavemas Celebration" tonight. What exactly that entails...you'll have to go to find out.

Turquoise Jeep @ Brooklyn Bowl
Lemme smang it girl. Smash it and bang it.

Ceremony, White Lung, Perfect Pussy, Sleepies @ NYU's E&L Auditorium
Before NYU students take their finals and go home for winter break, they're getting a late-semester punk show that absolutely rips and is also open to the public (for a mere $5 at the door). All four of these bands are great, with powerviolence band-turned-garage punks Ceremony, the shredding, intense White Lung, the rackety Perfect Pussy, and Brooklyn's punk 'n' rollers Sleepies.

Hudson Mohawke, Kwes, Trippy Turtle, Jim-E Stack, Heathered Pearls @ Output
Hudson Mohawke is one half of TNGHT, and also worked on the recent Kanye West and Drake albums, so you know he knows his way around a studio. He also knows how to get a crowd going, and this should be a pretty fun show. Good openers too.

Tourist, Jim-E Stack, AIMES @ Rough Trade
Tourist got a boost in his career from his association with Disclosure, and considering just about everything they touch turns to gold, it might not be long before this guy is in way larger venues. So catch him at the relatively small Rough Trade NYC while you still can.

Mystical Weapons (Greg Saunier & Sean Lennon) @ Union Pool
Sean Lennon is a whirlwind of activity these days. He just played last night at Union Pool with his orch-pop band GOASTT, and he's back at the venue tonight with this improvisational project with Deerhoof's Greg Saunier.

The Cult @ The Wellmont Theatre
Goths turned arena-sized riff rockers, The Cult are currently on the road playing their AC/DCish 1987 album, Electric, in full.

NRBQ @ Iridium
Terry Adams is the only remaining original member, but the "world's greatest bar band" still have a great catalog of underappreciated pop gems to choose from.

Com Truise, AEON RINGS, Kodacrome @ Paper Box
Com Truise recently announced a 2014 tour which includes a headlining NYC gig at Bowery Ballroom, but head to Paper Box tonight to catch him in a more intimate environment before then.

Gnaw, Notekillers, Psalm Zero @ Trans Pecos
The first ever show at Trans Pecos, the new venue operating in the old Silent Barn space (915 Wyckoff Ave), is a Northern Spy-presented night of noise-influenced metal and vice versa with Gnaw (ex-Khanate), Psalm Zero (mems of Castevet and Extra Life), and The Notekillers.

Potty Mouth @ Converse Rubber Tracks
Potty Mouth split the line between indie rock and punk, and they do it well. This is a free FADER-presented show but RSVP is closed.