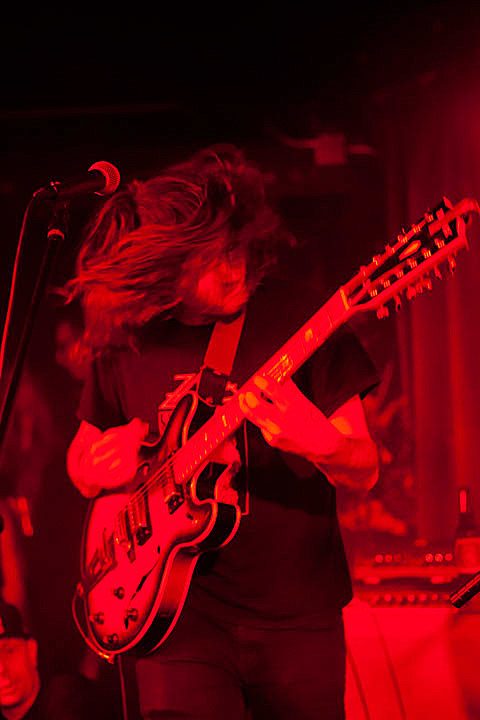 Red Fang, Cancer Bats, The Shrine, Indian Handcrafts @ Bowery Ballroom
This four-band metal tour is more of a heavy riff-rock thing than the kind of music that is often referred to as "metal" these days, but if you're the kind of person that rocks out to this stuff, this show is unmissable.

Chuck Inglish, Kings Dead, Tayyib Ali @ SOB's
The Cool Kids aren't up to much at the moment, but member Chuck Inglish has been having a very busy year, popping up as a guest on multiple tracks and putting out a few of his own releases too, one of the more notable ones being his EP with Ab-Soul and Mac Miller. He's been out on the road with Kings Dead and Tayyib Ali and tonight they hit NYC.

Leif Vollebekk @ Rockwood Music Hall
This underrated Canadian singer-songwriter released his most recent album, North Americana, at the start of this year in Canada (it comes out in the US on 1/28/14) and its folky charms will work especially well at an intimate venue like Rockwood.

Howth, Caged Animals, Jeffrey Lewis and the Rain @ Union Pool
Tonight is a belated record release show for superior Brooklyn indie pop band Caged Animals' new album, In the Land of Giants, which came out back in September. Jeffrey Lewis is not to be missed either.

Sebastian Blanck @ The Standard, East Village
Sebastian Blanck was once a member of Black Dice, but now he makes equally experimental music on his own, and you can catch him playing that music tonight.

ShowYouSuck, Caleb James, Freeze-Tag @ Baby's All Right
ShowYouSuck is one of the more notable up-and-comers in Chicago's thriving rap scene at the moment. He hasn't hit Chance the Rapper or Chief Keef status yet, but catch him while he's still small at Baby's All RIght tonight.