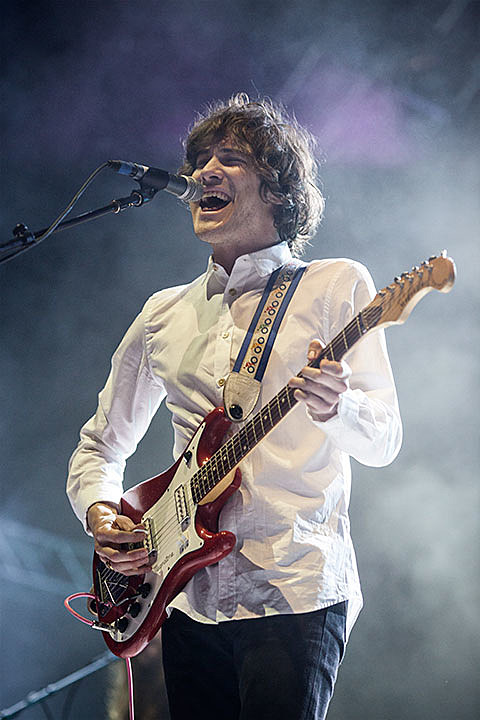 MGMT, Dinosaur Jr., Kuroma @ Barclays Center
MGMT have gone from indie pop stars to weird psych explorers to even weirder psych explorers, and while their more recent material has tons of value (Congratulations is my personal favorite of their records, for what it's worth), it's definitely the strength of those earlier singles that has allowed them to play a venue as big as Barclays Center. So you can probably count on tons of fans wondering what the hell is going on in between "Time to Pretend" and "Kids." Also, the legendary Dinosaur Jr. opens this show, so if you're going, be sure to show up on time for them.

Factory Floor, Cities Aviv, Yvette @ 285 Kent Avenue
After four years of teasing us with singles and EPs, UK trio Factory Floor finally released their self-titled debut album this year. Like their other work, it's rooted in Detroit techno and acid, but with a stark, post-punk outlook. Live, don't expect an exact representation of the album -- the band rip up their songs live, with live drums and electronics played on the fly. Tonight's show is pretty solid with Cities Aviv and Yvette on the bill too. Sold out, but a few tickets will be available at the door if you get there early.

Run The Jewels, White Mandingos, Phony PPL @ Music Hall of Williamsburg
One of the most flat-out fun and totally raw rap albums of the year was Run The Jewels, the collaborative project of El-P and Killer Mike, both fresh off two killer 2012 solo albums (Killer Mike's was produced by El-P). Their live shows are just as fun, and they comprise material off all three of those albums and more. They just played Webster Hall, so in the smaller Music Hall of Williamsburg, this should be a blast.

Mutoid Man, Manalive, Summoner @ Saint Vitus Bar
The the epic Cave In and the insane Converge are both incredible bands, and Mutoid Man puts the singer of the former with the drummer of the latter. Together, they manage to keep some of the epicness, some of the insanity, and they give it a huge dose of party rock for great results. They rip.

!!!, Holy Fuck @ Webster Hall
Now based all over the globe, dancepunk group !!! made their best record in ages with this year's Thr!!!er. They're always fun live, and Canadians Holy Fuck should get the party started right.

NGUZUNGUZU, L-Vis 1990, secret guest @ Glasslands
Nguzunguzu have lent their production to Kelela, Le1f, and others, and they make some pretty cool stuff on their own too. Catch them tonight with Night Slugs label boss L-Vis 1990 and a "secret guest."

Pizza Underground @ Baby's All Right
When it comes to pizza-themed rock bands, prefer Personal & the Pizzas, but there's no denying the gawker appeal of this Velvet Underground tribute act who change all the lyrics to be about pizza, featuring Home Alone's Macauley Culkin. This show is early (7PM), free and there will be free pizza. Free pizza! 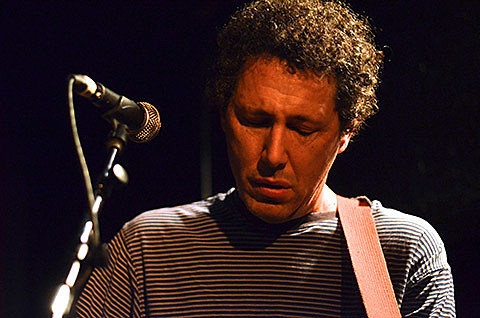 Yo La Tengo @ The Bell House
One of the many sad things about Maxwell's closing this year was that Yo La Tengo's annual Hannukah shows would no longer be happening. It's not quite the same but their four sold-out holiday shows at The Bell House will hopefully have some of the same spirit and surprises. This is night one.

Pompeya, Loveskills, Leverage Models @ Cameo Gallery
If you love Big '80s music like The Associates, Blue Nile, ABC, and (early) Spandau Ballet, you will probably dig the widescreen sounds of Leverage Models who have a firm grasp on that, right down to the saxaphone and syn-toms.

Peace Arrow, Celestial Shore, Brad Pit, Heaven's Gate, Tonstartsbandht, Softspot, Dada Trash Collage, Baked, Jerry Paper, The Dreebs @ Shea Stadium
There are a lot of quality local bands on this bill, including aggressively dreamy Heaven's Gate and the somewhat mathy Celestial Shore. It's also a birthday party, so be ready to sing at some point.

A John Waters Christmas @ Stage 48
The director and kitsch connoisseur will be sharing "some of his favorite holiday traditions, from his compulsive desire to give and receive perverted gifts to his religious fanaticism for Santa Claus and an unhealthy love of real-life holiday horror stories."

Spires @ The Standard, East Village
Spires will be debuting their new line-up tonight at this early show at East Village branch of The Standard hotel chain. The show is free but you need to RSVP by emailing aohayon@standardhotel.com.

Videology's 10th Anniversary Party
Williamsburg's videostore-turned-bar/screening-room/videstore turns 10 years old today. There's a host of special programming in store, plus BV's Bill Pearis will be DJing starting at 11 PM. There's also half-price drinks all night, but you must RSVP to attend.

Chumped, Broadcaster, American Hellfire Club, Remnants @ Lulu's
The self-titled debut EP from Brooklyn's poppy punks Chumped is one of the best EPs of its kind to come out this year, and they were pretty fun at the BV/EIS party last night. This is their last show of 2013, so if you haven't caught them yet and can't wait til next year, don't miss your chance.