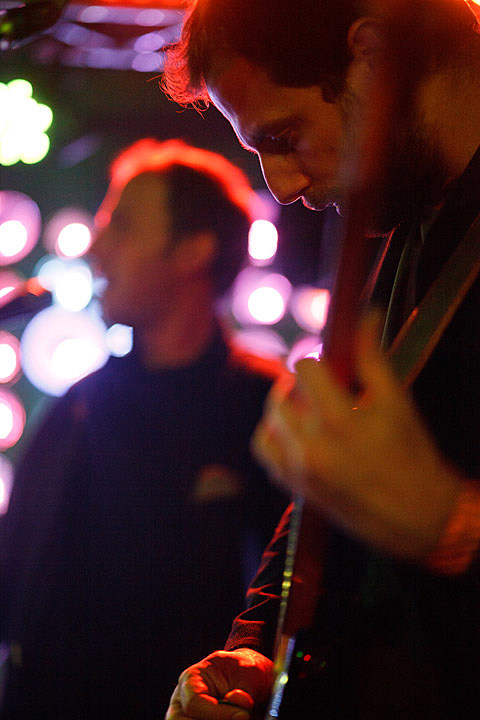 Small Black, Radical Dads @ Brooklyn Bowl
This is part of the family-friendly Kidrockers series, today with dancerockers Small Black and highly-underrated trio Radical Dads who'll be playing to a lot more actual dads than usually do. Show starts at 11:30 AM.

Until The Ribbon Breaks, Dusted, Porcelain Raft, The Range @ Brooklyn Bowl
Sunday series "It's a School Night" is throwing their Holiday Party tonight with an interesting bill, including IDM producer The Range (he of the acclaimed Nonfiction LP) and the ethereal electronics of Porcelain Raft. Free with RSVP (do so by 3PM today) or $7 at the door.

Here We Go Magic, Celestial Shore, Les Bonhommes, and Ron Shalom/Austin Vaughn @ Silent Barn
While Luke Temple is busy with a solo album, and an experimental collaborative residency at Union Pool, he's also been playing a lot with his band Here We Go Magic. Is a new album in the works? Also on the bill are the lovely, intricate sounds of Celestial Shore.

Yo La Tengo @ The Bell House
One of the many sad things about Maxwell's closing this year was that Yo La Tengo's annual Hannukah shows would no longer be happening. It's not quite the same but their four sold-out holiday shows at The Bell House will hopefully have some of the same spirit and surprises. Friday's show featured two sets and no openers. This is Night 3.

Dave Hill, The Gregory Brothers, Andy Burri, Stuckey & Murray, John Early, The Reformed Whores @ Union Pool
Variety show The Moon is throwing their holiday party tonight with an evening that's a little more musically oriented than they usually do. BV contributor Dave Hill is on the bill, as are the Gregory Brothers aka the guys behind Autotune the News, "Double Rainbow" and more.