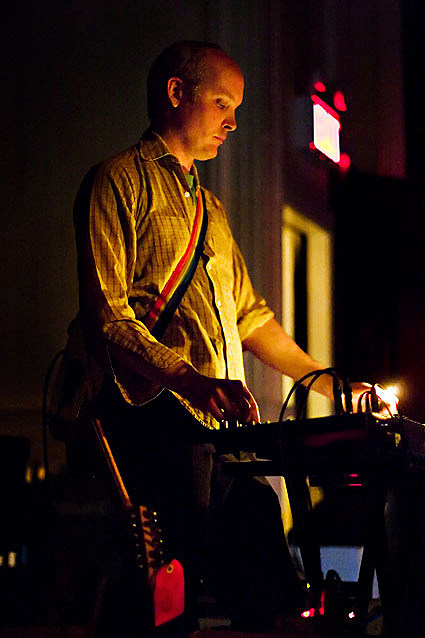 Stars of the Lid @ The Basilica of Our Lady of Perpetual Help
Veteran ambient duo Stars of the Lid are playing their first US shows in five years this month, and having just played the Kranky 20th Anniversary in Chicago, tonight they do it in NYC. Like the Chicago show, they'll be joined by the 10-piece Wordless Music Orchestra tonight.

Yasiin Bey (fka Mos Def) @ Highline Ballroom(POSTPONED)
Though it was initially announced that Mos Def and Talib Kweli (aka Black Star) would be playing Brooklyn Bowl tonight, that's not actually happening and instead Mos Def was then to bring his time-tested rhymes to Highline Ballroom...but that has now been POSTPONED.

Ikue Mori @ The Stone
Ikue Mori's residency at The Stone starts tonight and continues through Sunday (12/22). Tonight her duo with Zeena Parkins, Phantom Orchard, plays the early show at 8 PM, and then Ikue and Zeena are joined by Koichi Makigami, Cyro Baptista, and Erik Friedlander for a Phantom Orchard quintet set at 10 PM.

"The Best Show on WFMU" final broadcast
After 13 years on the air, Tom Scharpling's "The Best Show" is signing off after tonight's show. Expect a guest-filled goodbye. 9 - midinight.