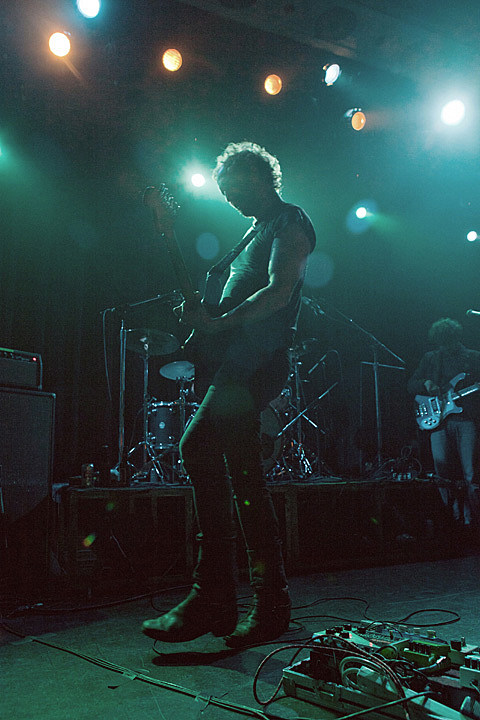 Phosphorescent, Julianna Barwick @ Music Hall of Williamsburg
Phosphorescent is about to wrap up a great year that's seen a pretty significant increase in critical and fan love for the band with a four-night sold-out run at Music Hall of Williamsburg. This is the first night, and it's the only one that main man Matthew Houck will be playing solo, the other three are full-band. Opening tonight's show and tomorrow's is ambient pop artist Julianna Barwick, who's not to miss either.

Field Mouse, The Box Tiger, Tancred, Mount Sharp @ Pianos
Pianos has a solid show tonight with Field Mouse who make shoegazy indie pop and Tancred, the solo project of Now, Now guitarist Jess Abbott which gives her a chance to do stuff with a rockier edge than her other, atmospheric band.

Nacho Picasso, GDP (w/ Space Jesus), Lakutis, DVS, Perrion, Rosegold @ 285 Kent
If you're into weirdo rap, there's no lack of that at this show, with Nacho Picasso who has some pretty good mixtapes out, Run for Cover-signed GDP, Das Racist associate Lakutis, and more.

The Early November, Allison Weiss, Oh Honey @ Bowery Ballroom
NJ emo band The Early November celebrated the tenth anniversary of their debut The Room's Too Cold this year with a reissue and a couple shows playing the album in full, including this one. It's sold out, but if you've got tickets, it's worth showing up for indie rock singer/songwriter Allison Weiss too.

Crushed Out, Caged Animals, Turner Cody, Rosy Street, Give to Light @ Shea Stadium
Caged Animals debut their new four-piece version of the band tonight at this show that's being headlined by rock n' roll duo Crushed Out, plus the charming pop of Turner Cody and more.

Big Terrific @ Cameo
Max Silvestri hosts the free weekly comedy show in the back of Williamsburg's Lovin' Cup. No word on who's playing tonight, but you can check Max's Twitter.

Fredo Santana, Young Gleesh, A$AP Ant @ Santos Party House
Fredo Santana made a splash this year with his song with Kendrick Lamar, "Jealous," and tonight the Chicago rapper finally makes his NYC debut. If you're going, you don't wanna miss A$AP Ant of the burgeoning A$AP Mob either.