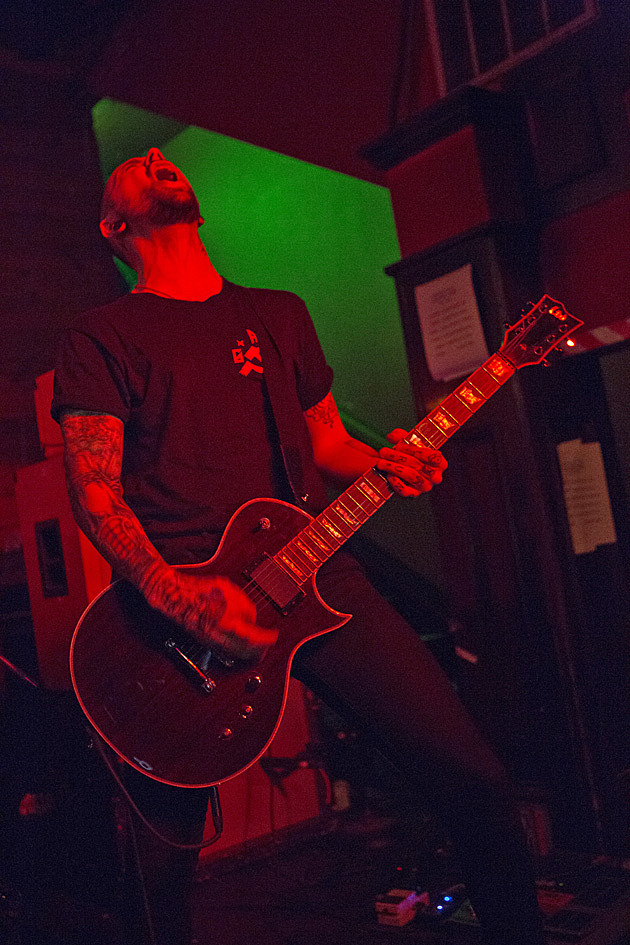 The Breeders, Speedy Ortiz @ Webster Hall
Indie rock vets have been celebrating their sophomore LP Last Splash on tour this year, and they're doing one final run before the year ends which has them doing the album AND their debut Pod. Tonight's their second of two Webster Hall shows, and like last night's, sonic descendants Speedy Ortiz open.

Bobby Womack @ City Winery
R&B legend Bobby Womack, who released the terrific The Bravest Man In The Universe (produced in part by Damon Albarn) last year, is back in NYC for a three night stint at City Winery, this being Night 1. Tickets are still available.

The English Beat, Head, The Rudie Crew @ Irving Plaza
Though it's basically frontman Dave Wakeling and a bunch of hired hands at this point, there is no doubting the quality of The English Beat's three '80s albums (all very different and only the first is really ska).

Vattnet Viskar, So Hideous, Alekhine's Gun, Imperial Triumphant @ Acheron
It's an excellent night of atmospheric heavy music at Acheron tonight, notably with Vattnet Viskar whose Sky Swallower was one of the best US black metal albums of the year, and NYC's airy post-hardcore band So Hideous.

Brand New, The So So Glos @ The Paramount
Brand New haven't been the most road-hungry band as of late, but they're doing these very few (and very hard to get into) discography shows which have them playing two of their albums tonight in Long Island and the other two tomorrow in NJ, plus a bonus show in Brooklyn on Sunday.

Dillon Francis, Cashmere Cat, Anamanaguchi @ Terminal 5
This should be a pretty fun show all around, with Dillon Francis, whose song "Without You" with Totally Enormous Extinct Dinosaurs was a pretty big hit in the dance world this year, plus fast-rising producer Cashmere Cat, and chiptune rockers Anamanaguchi. It's sold out and the same lineup does it again tomorrow (also sold out).

Darlene Love @ BB King's
A Christmas Gift for You from Phil Spector is one of the most essential collections of holiday music in the modern pop era, and Darlene Love is one of the singers featured multiple times on it. She always celebrates the holidays here in NYC at BB King's at this year is no different. Tonight is her second of three shows at the venue this holiday season.

Zs, Miho Hatori of Cibo Matto, DJ Bubbles @ Trans Pecos
Cibo Matto have a new album and tour coming next year, but before that you can see one of their members, Miho Hatori, at this show at Todd P's new venue Trans Pecos (915 Wyckoff Ave aka the old Silent Barn space). The experimental Zs are worth seeing too.

Light Asylum, Visuals, Agressiva @ Glasslands
If you like it dark, synthy, and gothy, then Light Asylum should be right up your alley.